With that possible misunderstanding dealt with, let me enlighten you as to how water signs play into the picture.

I have practically always had phenomenal sex with guys born under a water sign of the Zodiac. In fact, I have often said that they make me insatiable whether I'm a top ob bottom with them. I will admit that when I've bottomed for guys who are either a Pisces, Cancer, or Scorpio and even when I ask him to pull out because I feel like my ass can't take much more, my asshole still winks anticipating his re-entry so he can give me more. 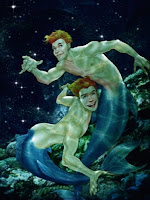 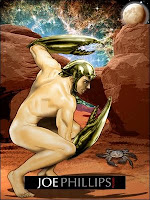 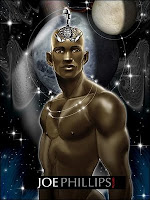 I always figured that maybe the concept of Yin and Yang was at play regarding my being sexually drawn to guys born under a water sign. Especially when you consider how according to Wikipeida, the concept of Yin and Yang "is used to describe how seemingly opposing forces are bound together, intertwined, and interdependent in the natural world, giving rise to each other in turn". That seems to be quite a fitting definition when you consider that while the aforementioned guys are water signs, I myself am an Aries, which is a fire sign. And guys born under a water sign of the Zodiac most definitely do give a rise to me.
I'm not saying water signs are the only hotties who give me great sex. Air signs (Aquarius, Gemini, and Libra) seem to be exceptional rolls in the hay as well. which also fit in to the concept of Yin and Yang. After don't you blow into the air to put out the fire on a match? There's an opposing force for you. The reason I'm not singing their praises as loudly, is because (at least while I'm single and open to variety in my playtime) with air signs while I don't necessarily want the sex to end, I'm just more accepting of the fact that it has.

They say my fellow fire signs, Leo and Sagittarius are also great sexual matches for me. So far, I can only say that is true of other Aries (remember my story about Matt Hyland?). Now while I've knowingly had both a Leo and a Sagittarius, let's just say if the sexual astrology books are right, then I've found the 2 guys who make the authors of those books look like liars. So until I find Mr. Right, I don't mind experimenting with some Leos and Sagittarius's to finally prove those authors right.

As I throw out all of these praises, don't you Earth sign guys think that I left you out. I've had experiences where you guys got some good representation. Such as my scene partner, Taino from "All Out Assault". He's a Taurus, and a damn fine one in all the right components for great sex: face, body, ass, cock, and mind. Yes - MIND, because his knows the right words to say before, during, and after the sex. So have I had him off-camera is the question you might be asking, and the answer is NO. But he said enough in our phone conversations before the shooting of our scene that made me lust every thrust you see on your screen. Do I want him off-camera? 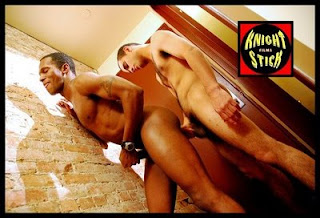 This all boils down to the fact that while everyone has some kind of preference (color, nationality, or what have you), I have mine depending upon elemental signs of the Zodiac. But I'm not using this preference determine my true love relationship, nor my sexual ones, because there is always someone who can prove one's finding wrong. So while I'm single and free to experiment, I'll keep finding out who stays true to my positive findings. However, being one who always roots for the underdog, I want to find those who prove my negative findings wrong.
So come on SuperStuds in hiding! Show yourselves!
Posted by LeNair Xavier at 7:00 PM