The K Files: My Holiday Bliss From Her Pissed 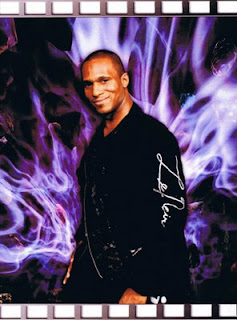 Now as we all go back to the grind of our 9 to 5 jobs, I'll update you on those minute details that took place at K & K LLP's Holiday Party, which is where this picture was taken.

The Human Resources Director was ever the stereotypical politician. She greeted me with this big phony smile that after the annoyance she made this past year at the firm be for me, it was tantamount that I maintained my composure by returning a phony smile of my own and saying hello like I did. Had I not, a verbally violent greeting (at the least) would have been given in return.

At first I thought, "God, why is this how you are starting my evening here?" Then I realized, God did me a favor. He put her there 1st so I could get the phoniness out of the way, and be the real me for the rest of the night. The real me that would probably irk her nerves. Sweet!

One part of the party is that they give away prizes. I didn't win anything. Not a shock. After rattling her nerves (as she unjustifiably tried to do mine), my name probably wound up mysteriously lost in the freezing New York wind of that night. But before the giving out of prizes, the Chief Administrator made a speech about how we should applaud the Human Resources staff calling them all one by one. I clapped for all of them, BUT when she called the HR Director's name, I suddenly felt the need to use my hands to cure my being parched by grabbing my cocktail instead. 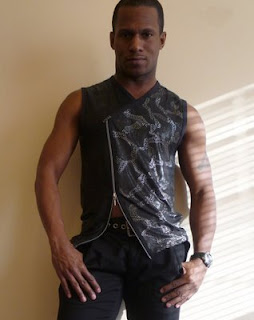 I warned you that my outfit might push some buttons. Well, after what has happened this past week from the HR Director, I might be right. In the office weeks before the party, and at the start of the party, she put on the bullshitter's smile of hers. For the past week however, I have gotten no kind of greeting at all. What caused the change? She still seems to speak to everyone else she spoke to before. I didn't do anything at the party that was inappropriate. Unless you consider the only logical explanation (by her fucked up standards anyway) being the revelation of my sleeveless shirt when my dancing made it too hot to wear that jacket any longer. So unlike every other male there, my pecs were on full display. Oops! - NOT!

I told you I might be pushing their buttons by my lack of buttons. So if something that petty can cause such annoyance in her (as I figured it would), then I must close by saying MISSION ACCOMPLISHED!

That's some even Happier Holidays to me courtesy of K & K LLP.
Posted by LeNair Xavier at 1:10 AM

Email ThisBlogThis!Share to TwitterShare to FacebookShare to Pinterest
Labels: The K Files