Which Responds Best To The Sounds of Sex?...Lovense or We-Vibe 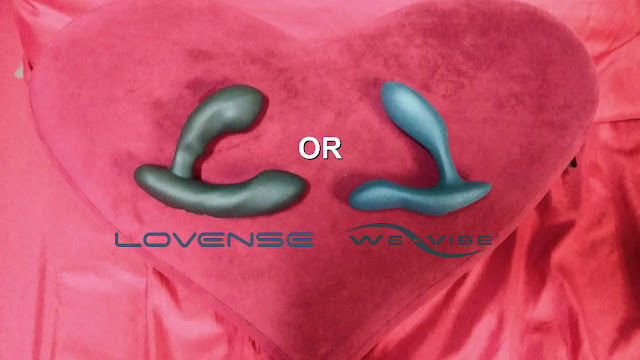 So when the technology for such vibrating sex toys evolved to having app connections that make the toy vibrate to music, it was only a matter of time before I put my own spin on it.

I will admit though that song does work well for that sex toy feature.

Anyway, it took awhile, but eventually I realized that while I didn't want to use music for the syncing vibration with audio feature like it was marketed, I could practice what I always preach....I came up with my own way of using that feature.

So what were the results of my tests?

Trust me, I love both brands and butt toys. However, when it comes to the sounds of sex, Lovense beats We-Vibe by a wide margin. Hence why I now also own a Lovense Edge, which was after the Hush that I used for this video:

With We-Vibe, whether the sounds of sex are in an audio track or by using the microphone to hear porn you have playing, you can see the app picking up the sound. However, the app picking it up does not transfer as well to the Vector, if at all. And the changing it from "bass", "mid-range", or "treble" didn't change that much. I figured if anything that the Vector would pick up the sexual sounds if you set it to react to mid-range or treble, but no such luck. For it seems the We-Connect app is meant for picking up the bass, mid-range, and treble of music only.

This review is not condemning We-Vibe's Vector. It is just simply pointing out that it's audio-responses do not respond to the sounds of sex. Everything great I said about the We-Vibe Vector in my initial review of it still remains true.

With that, I leave you with the video compilation that I made for the purpose of this test. Appropriately titled "Body Slaps, Bed Squeaks & Moans".