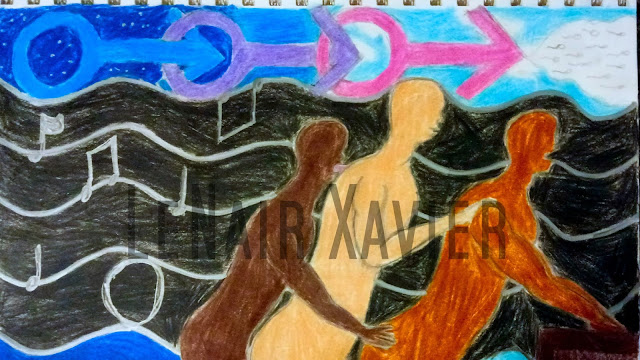 In my blog article "Evolution of My Bottoming", I mentioned how the French guy I was with made me the front of a fuck train, while he was the center. And how he was such a skilled center in picking up the rhythm of the guy at the end (the caboose) that I could feel the fuck rhythm changed when that last guy entered. That made me also reminisce about a couple of 3somes I had with a hot couple in Harlem. And how I experienced the same shift of who was running the fuck rhythm because of them being that much of a sexually in-tuned couple.

With that said, as far as my sexual history goes, I have been the engine, the passenger car, and the caboose of a fuck train. However, my favorite part is being the front - the engine. 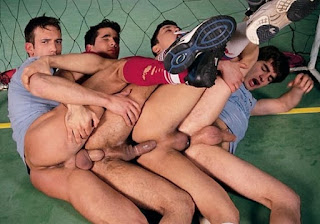 
Well, truth be told, my fuck train experiences have been pretty much the skin color scheme I drew. I was the front of the fuck train with the medium skin tone; the guy in me was lighter complexioned, and the guy who was the caboose has always been the darkest. This was never intentional. It just worked out that way. And I'm quite proud of it because the diverse skin tones show how being sexually adventurous is not a market cornered by one skin color. 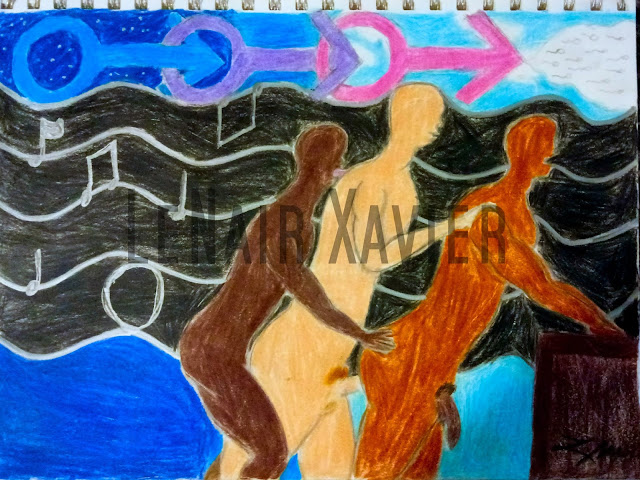 With that said, I am well aware that I am not the greatest artist in the world. I've been drawing since I was in kindegarten, but fell off from improving my skill. However, I do maintain enough skill to make my drawings say what they need to say. And in this case, it is to say...


THIS IS A FUCK TRAIN.

Posted by LeNair Xavier at 8:22 PM No comments: