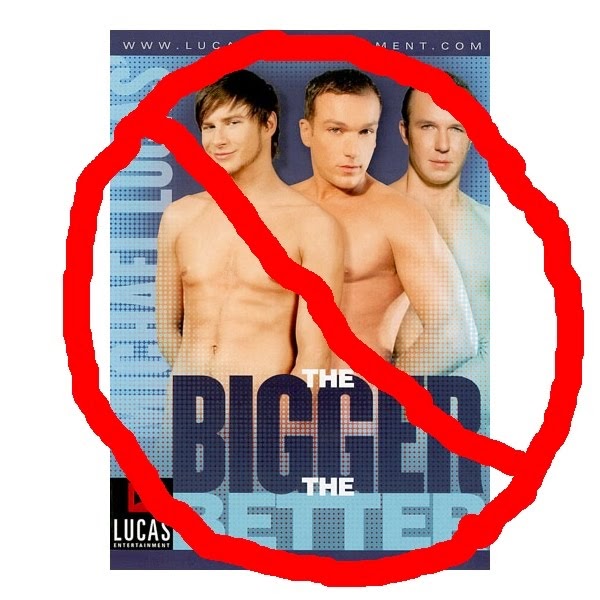 These 2 moronic directors are not the only ones who thought that these guys were very likely good fucks because of their "big dicks". Too many porn movies have been made to push this idea along, and I have slammed them in the process as well. With that said, proof of how bigger is not always better is 1)how I never raved about the sex with Tamar Tyson, and 2)contrary to a blog post I wrote for Pitbull Productions some years ago, know that I was paid to blog for Pitbull Productions, and the truth is the sex with Double R was FUCKIN' LOUSY. Hence why I made him the model for the avatar for the Soundcloud file of "Mr. Big Fuck".

Now, not all guys with big dicks are lousy fucks. After all, I did write "The Great Gotten From Gotti" about how good Favian Gotti's big dick was. The problem is that those of us with tight enough holes and skill (few of us as they are) can all agree that we have had way more Double Rs than we have had Favian Gottis.
Posted by LeNair Xavier at 1:59 PM No comments: 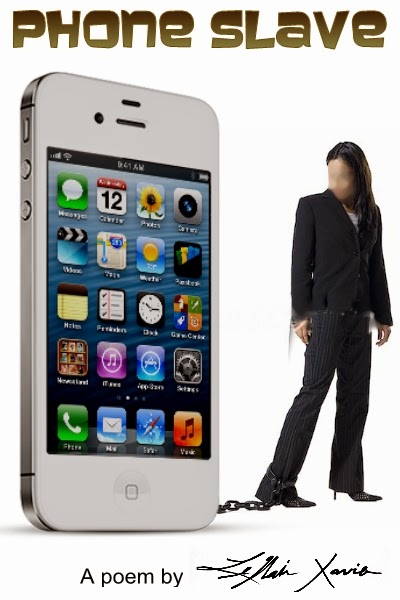 On September 29th, the proof of me needing to write and present this poem couldn't have been more evident. Not only on the NYC trains and streets while going to, while at, and going home from work. But cellphone use has gotten so out of hand that it was even at disrespectful levels within the audience at The Inspired Word open mic at which I debuted the poem.

Sadly, this disrespect and loyalty to cellphones over human beings is not only seen at open mic events. They can be seen in every kind of show, in every means of travel, and in relationships. Hence why so many relationships are doomed to fail. It's really sad that this is what we have become. And I hope the lyrics of my poem made that clear, and we start a needed change within ourselves because of it.

Why are you such slaves to your phones?
Has it ever crossed your minds?
That it’s the reason you’re single and lonely
Letting it consume so much attention and time
You can’t walk down the street
Or climb up and down a flight of stairs
Without letting that damn smartphone
Get priority of your stare
Do you need to kiss the grill of a Mack truck
To make you finally stop being blind?
It’s scary to think it might take such a catastrophe
To make you prioritize your eyes and mind

And since such is the case
It is a damn shame
That it’s your phone that’s smart
But you can’t say the same
Maybe you should buy it an engagement ring
Maybe make it your spouse
Try living happily ever after
You and it alone in a big old house
So how will you consummate this marriage?
Once you and it have tied the knot
Groom shocks his dick fucking the charging hole?
Bride lets the phone vibrate in her twat?

Call my words vulgar
Call them crude
Doesn’t change how much they are the truth
And I will not change a single lyric
As long as you show you’re socially sick
Hoping folks see you engulfed on your status symbol
Thinking it makes you cool
But in reality, you’ve just shown yourself
To be a robotic, socially inept, fuckin’ fool!

For you hold onto your phone
Before you hold your child’s hand
Letting you children run wild
Without a single reprimand
Through the streets, through stores, or through a church
Where they’re going and what they’re doing, you’re totally unaware
Makes one wonder are they really yours
Hence why you don’t seem to care
You dismiss the blessing of children
And how they are to be adored
So what’s your excuse when they act out
From the years your “parenting” left them ignored?

We put on this façade like we’re so evolved
Yet we’re worst than prehistoric man
For this servitude to technology like camping outside stores
Makes closeness only LOOK bundled in our hand
Meanwhile, the human connect is getting out of reach
Creating many desperate social acts
We look and read the news wondering how and why
We became an age burdened with these sad facts
It’s because so many, too many of you are Phone Slaves
Clutching your phone like it’s your life and heart
Refusing to see the signs
Of how it’s tearing your life apart

Stop living a life of social silence by texting
Actually TALK to your family, friends, and lover
For if we don’t maintain our social skills
The growth of this Age of Anger by Loneliness
Is what we make ourselves doomed to discover