One night at the NYC gay bar, The Cock, while it’s more of a dive pick-up spot, guys on the prowl walking around shirtless even when it’s the dead of winter outside is not an unusual thing. And for this reason, because it had gotten so warm in there, although I am an exhibitionist, I was apprehensive to take my shirt off knowing it might give the wrong message to other patrons since I’m never on the prowl. But I took a chance, and took my shirt off anyway.

One reason for my apprehension was because in such instances in the past, guys have been very invasive of my personal space. After all, we are talking about the male human animal. The male sexual human animal to be more precise. This time though, most guys were respectful, and anyone who touched me without my permission only had to be told to stop once. Not more than once as usual there.


One person who touched me however, was NOT a guy. It was a girl. Initially, I thought she was beautiful. Beautiful enough that since I define myself as a predominately gay bisexual, she had a beauty that teased the small part of me that’s straight. This was short-lived however, because I realized that she was drunk off her ass. And drunkenness from either gender is a turn-off. Maybe it’s my Aries arrogance – wanting you sober so you can be fully aware to enjoy and remember my sexual prowess.

After I had pretty much written this girl off after a couple of hours of her coming up to me numerous times rubbing on my chest telling me how hot I was, I realized that she had a friend with her. Not the usual flamboyant guy that accompanies one or more girls into a gay bar. But this was another female. She was short with long blond hair who reminded me of a celebrity. And I knew it was the way her hair was styled that was throwing me off as to which celebrity. So focusing on her face, I realized which celebrity she resembled.

It was Kristen Bell, who you might remember from “Veronica Mars”, and her brief stint on the show “Heroes”. 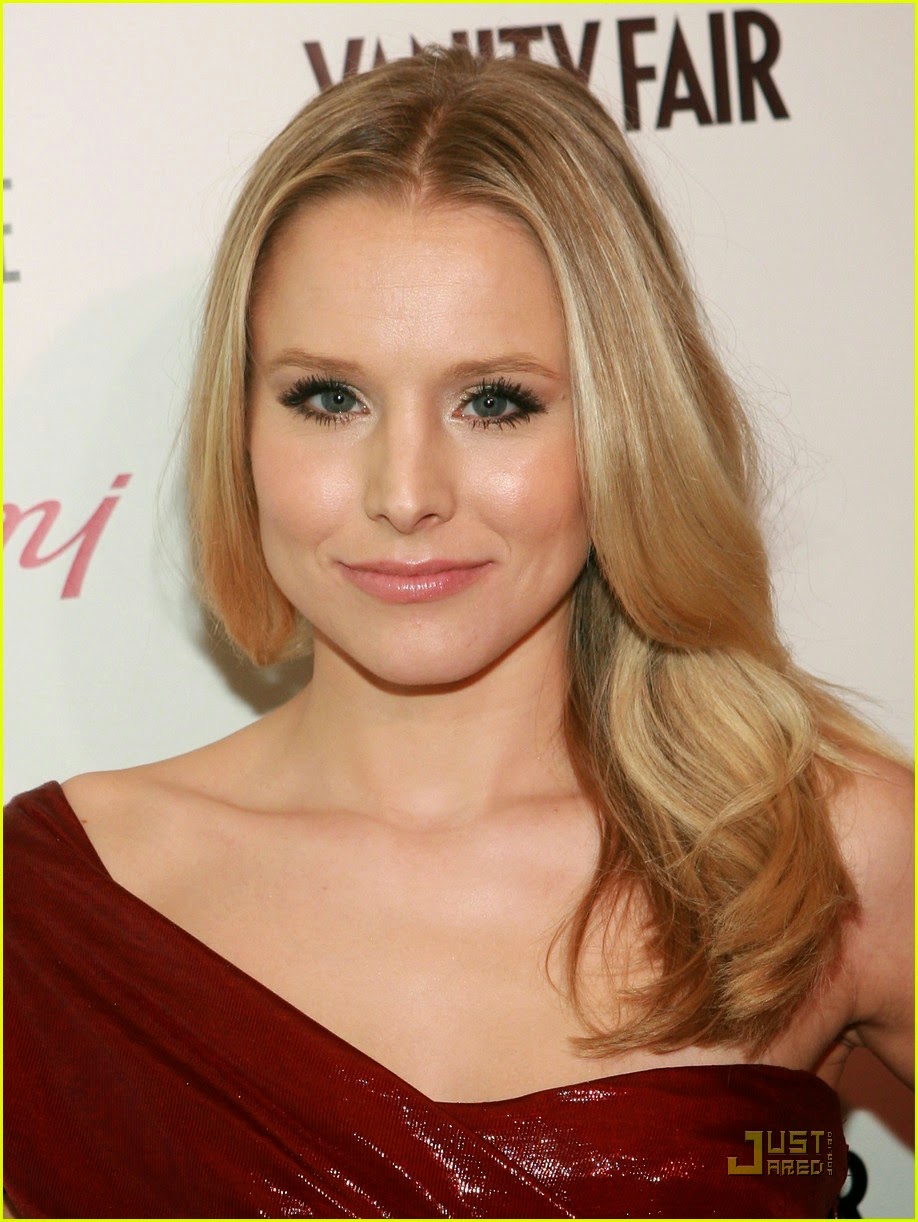 I always thought Kristen Bell was beautiful seeing her on a TV screen. But didn’t realize how beautiful until her look-alike was standing in front of me, stroking my bare chest, live and in the flesh.

The drunk girl was in such awe of me that she brought me to the attention of this Kristen Bell look-alike, who seemed just as attracted to me as I was becoming more so to her. So when I said that she stroked my chest, trust me, I had no qualms about it. I immediately had a variety of sexual fantasies of how this could play out. One fantasy had me taking her to the bathroom, making her pussy wet, then fucking her senseless with her pleasure yells and moans heard over the bar’s loud music. Another was of me taking her to the backroom area, freaking out the immature gays by putting on a show of kissing, oral foreplay, and straight sex. A third was me taking her number to arrange a fuck session to be done on an actual bed because the classiness she appeared to have deserved it. OR lastly,…. me being greedy and go for all three.

What made my fantasies go that far was the fact that unlike her friend, she seemed sober. A definite plus in my book.

Thinking back, I’m wondering why didn’t I make a move to make any of these fantasies become reality. Actually, a few connecting reasons come to mind. Starting with the possible reason as to why she touched me in the first place. For despite my sensing an attraction to me, I had to wonder: What if I was wrong? What if the only reason she felt comfortable touching me was because I was a male in a gay bar, which thereby makes me unlikely to respond in a way that makes her feel violated. While I know some females come into a gay male bar looking for what I call a “proof fuck” – a guy they feel a one night stand will turn a gay male straight, that’s not every straight woman in a gay bar’s story. Some women come in just for the illusion of turning the tables. Which is why as much as I wanted to, I refrained from blurting out my bisexuality. Truth be told, I’m more quick to reveal my bisexuality in pansexual environments anyway.

Outside of those reasons, there’s also the age-old saying, “You are known for the company that you keep”. And my concern was that she might have been just as plastered as her friend, but just masked it better. For I had yet to see a group of girls in a gay bar, and all in that group aren’t plastered to some extent.

Well, there’s a first time for everything. And maybe this was a first for this. Too bad the price I paid for not realizing it sooner was my chance to bang her….a  Kristen Bell doppelganger.
Posted by LeNair Xavier at 3:10 AM No comments:

Come Hear!...Ghosts of Queers Past

Do you believe in ghosts?

If so, don't be scared. For the ghosts I'll be speaking of in this poem instead of scare us, do more empowering of us when we take a stand.

I hope to see you there.
Posted by LeNair Xavier at 5:32 AM No comments:

Titillating In A Different Way

Tomorrow night, this Friday, is another month of Titillating Tongues.

You can purchase advance tickets via http://eroticaopenmicnyc.eventbrite.com./

Posted by LeNair Xavier at 2:19 PM No comments: