I never imagined that the time would come where I could imagine being married to the man I plan on loving for the rest of my life in any state or country. But times have changed to where it is a possibility in some countries, and in America, in some states. Too few states if you ask me, and if Proposition 8 goes through, California will no longer be one of those few.

And THANKS to Victor Hoff of Men Of Color Blog for writing a post that brought the "Write To Marry" blog campaign to my attention, this blog post is my expression as to why Proposition 8 should not happen.
Proposition 8 is a motion to ban same-sex marriages in California. One part of this being such a travesty is because as of right now, California is one of the few states that allow same-sex marriages, so if Proposition 8 goes through, all those same-sex marriages that have taken place since California permitted them will be null and void. How cruel? How void of humanity for a government to allow people who love each other of whatever gender to get married, then take that joy of them being married away? And what makes it worse is the state's governor being behind this - Arnold Schwarzenegger.

Arnold Schwarzenegger is the worst kind of immigrant, because he has lived his life by the culture rules embraced by the common politician. He takes what he can from the country he has made his home (in this case being America), then uses the power he has gained to step on those who brought him there. So not just like your common politician, but even more so like your common Republican.

To explain, part of what made Schwarzenegger a movie star, and gain the popularity that allowed him to become governor was his gay following. While he may not agree wit 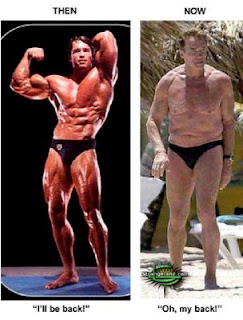 h homosexuality and gay marriage from his personal religious cultural standpoint, what right does he have to force that on to a part of the population that brought him to where he is? Marriage should be between 2 consenting individuals in love, be they man and woman, man and man, or woman and woman. No state, or even country law for that matter, should dictate whether or not I should be able to marry the one I love. Therefore this should not be an issue. But as karma would have it, Governor Schwarzenegger's greed for power has manifested itself so well physically by making him into the sagging' titted lard-ass he is today. Sagging titties representing the sorrow he brings to Californian against Proposition 8 and his other Republican hypocritical bullshit stands. And his presently being such a shadow of his former self as a lard-ass, which I take as him getting fat off of his lust for power to think he's some kind of god.

So many Californians have been made happy by same-sex marriages being allowed. And not just those who are gay, but the straight people in their lives as well who want nothing more for them than to see them happy. I bet many have brought this to California government's attention, but with their power hungry ego-trips, they refuse to listen. Well let your voice be heard NOW. Because if we can beat Proposition 8 in California, it will be a sign to all the other states that gays love just like straights and we have evolved enough to have a "live an let live" mentality about love between 2 consenting adults. 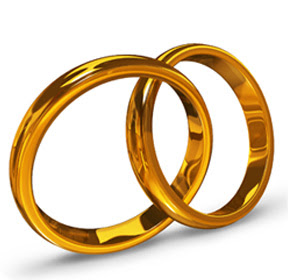 Thereby allowing gays to keep the right to express that love to the same magnitude as straights do, Because it is what we all as human beings deserve.
And even if Proposition 8 goes through, we should not let that deter us from the fight that has begun. So no matter how it turns out, let it be the start of us being heard and grow louder from state to state by....