In past posts, I have mentioned my age, but I don't recall the last time I referred to a person or era that would surely prove my age of 37 going on 38. Well, there's a 1st time for everything.

I just recently found out that there have been news items since August saying that New Kids On The Block member, Jonatha 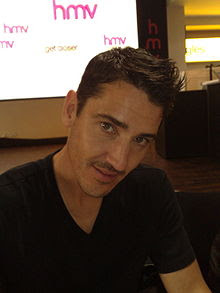 n Knight is gay. To refresh some memories, and enlighten some not in the know, New Kids On The Block were like the Beatles of the late 80's to early 90's. That makes my age at the time between 17 and 19. Well, this news about Jonathan doesn't surprise me. So you're probably wondering what does this news have to do with a blog series celebrating the 7th anniversary of my sexual awakening?
It's because while I'm celebrating my 7th anniversary of my realizing my sexual orientation, my lack of surprise over this news about Jonathan Knight shows that by now, I should be celebrating AT LEAST my 20th anniversary - not my 7th.
I will explain.
Yes, I was a fan of New Kids On The Block. Enough to have their pictures on my wall from all the magazines gear towards teenage girls like Bop! and TigerBeat, as well as have the photobook entitled, "New Kids". Not enough to own the dolls. But regardless, my favorite was always Jonathan Knight. 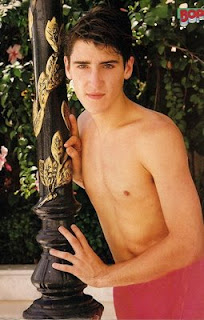 While I thought Donnie Wahlberg was ruggedly handsome, and Jordan Knight, Joey McIntyre, and Danny Wood were fuckin' hot, the movie in my mind where I was about to have sex with any of them always turned to snow when it got to the point of so much as a kiss with any of them. But that was not the case with Jonathan. Imagining myself being the groupie who get the pleasure of being boinked by the popstar was a movie scenario that played out with no technical difficulties. Any shirtless pic showing off his tall, slim frame worked for me. I see now that even back then (1) I had a thing for tall, slim guys; but more importantly (2)I was obviously more gay than straight, because while I did have my eye on a girl at the time, thoughts like this about Jonathan Knight and others consumed me more.

With this news revelation, my being so drawn to Jonathan Knight so long ago shows that:
(1) gaydar does exist. I was always skeptical of that, but this has made me a believer; and
(2) my gaydar is so strong that I was able to pick out a gay man way before I knew for certain that I myself was any degree of gay. So the next time I get an inkling about someone, I need to pay attention.

It's funny how a tale about someone can lead to you learning about yourself. After 7 years of defining myself as a predominately gay bisexual, it's amazing how stories about Jonathan Knight being gay makes me realize that I'm late at coming to my realization by at least 13 years. At least I can say that there is no girlfriend or wife brokenhearted by years of me lying to myself, or children born out of those lying times.

Well as they say, "Better late than never".
Posted by LeNair Xavier at 11:30 AM