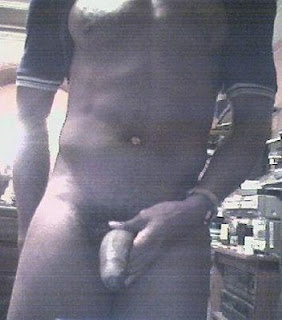 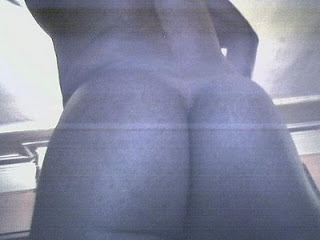 Evidently some studios felt the same, because I got my 1st interview with Michael Lucas with those pics. Whether his compliments saying my pics were very good were him just being polite, I will give him credit for not being the social inept prick that I actually did wind up working for - Tyson Cane. Tyson Cane would compliment you one-minute, then takes a shot at the very ego you need to perform the next. Hence why he said my pics weren't very good, yet I hot enough to fuck for him on camera. Correct me if I'm wrong, but if they were very good, then he wouldn't be able to tell how hot a guy I am, would he?
Tyson Cane's problem was that he doesn't want to praise anyone else who is anyw 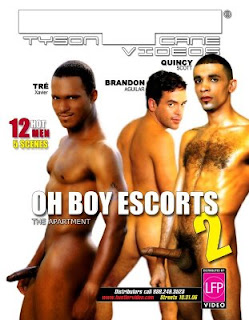 here near good, and can outdo him in what he's doing. I hate patting myself on the back. I like have other people doing it, but I must admit, outdoing Tyson wasn't hard for me to do, because he "Photoshops a picture to death" (Tyson Cane's own words with proof as the pic on the right), and I don't. Therefore, my photos look more like a real person. And that attempt to break one's spirit may have very well been what led to Tyson Cane's demise in the adult industry. Thank goodness I took none of Tyson Cane's words to heart, or else I would have never went on to do the last photoshoot that I did of myself when I moved to Jersey City.
Now some of you may be thinking that I'm seeming ungrateful since Tyson Cane did give me my 1st movie role. And on the matter of him and the like, I'll close with this - just because one is owed some gratitude, that doesn't mean you have to kiss that person's ass and tolerate their socially inept behavior for all eternity.
When I looked at the place in Jersey City, I knew I was going to conduct a photoshoot there shortly after moving in. I can't pinpoint exactly how I knew, but I knew. This time I had not only more room to work with, but more rooms, because I also had my own bathroom this time. 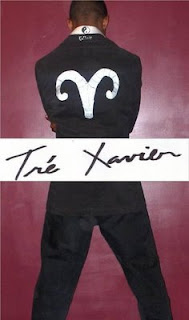 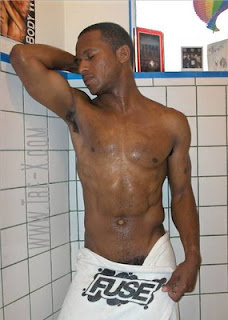 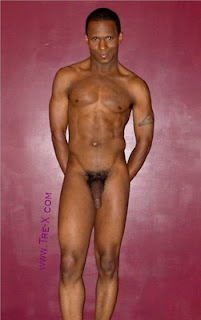 And people are still amazed when I tell them that I'm the photographer. I'm especially proud of them because 2 pics from that shoot were used as the pics they put with my interview in the book, ULTIMATE STARZ. You have to buy the book to find out which 2.

With it being 2009, another "Tre by Tre" photoshoot is 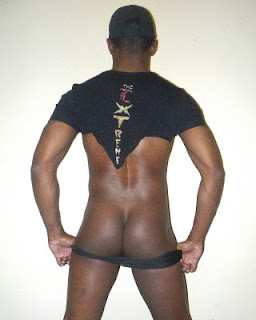 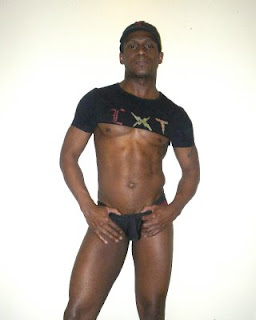 any day now. In fact, these 2 pics and the 2nd one from my last post are just the beginning. And these were taken on a whim. So just imagine what I'll do putting more thought into it. I guess you'll just have to wait and see.
Posted by LeNair Xavier at 12:19 AM