Through Facebook and Twitter, while I made no secret of the subject matter, I have been saying that I was not going to reveal the title of this poem. However, once I decide to do a promo video for it, revealing the title became inevitable.

"Bare & Read Our Bodies" is a poem that addresses how social media websites, apps, texting, and emailing have contributed to the decline in the formation, as well as staying power of romantic and platonic relationships due to the lack of intimacy in those forms of communication. If you're no stranger to this blog, then you know the straw that broke the camel's back in many of my attempts at romantic relationships was a text message. And over time, I have heard numerous stories of break-ups via Facebook, Twitter, phone apps, and emails. 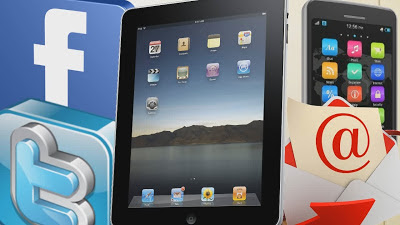 I did dabble with this subject with my poem, "Computer Bold", which talked about all cowardice shown through the aforementioned forms of communication, including anonymous blog comments. But that's the difference. For "Bare & Read Our Bodies" is solely about relationships. Including how when the relationship is called to said to be over, the cowardice in those communication forms leads to a lack of closure. Therefore, it's never really over. Hence why so many people are nowadays going off the deep end. As serious as all that is, I am adding a more lighthearted poem to my presentation at Titillating Tongues that night.

Last month I debuted "Be My Pillow" which is a poetic ode to the male backside, and if you saw the video from my reading, you saw it was very well received. Well, this time I decided to write and debut a poem about the male front side. Yes, get happy, people. This time, I am also debuting a poetic ode to COCK entitled, "Cock Rhyme". So if you're in NYC on June 21st, stop by and check me and the other performers out, or sign yourself up to perform as well.

Posted by LeNair Xavier at 5:35 AM