Porn actors are an unstable bunch. It shows up in so many facets of their lives for all to see, and only the equally (or more so) unstable among their fans either refuse to acknowledge it, or acknowledge it, but still pledge loyalty to them. Including in how they announce retirement, leave, then come back soon after. Of course when they leave, few give specific reasons that shows they have little to no intention of coming back like I did. It's their way of trying to save face, and not be ridiculed like they should be if they decide to return. But why come back? Why come back to that desperation for validation when you are on the road to, or have actually have found peace outside of it?

This recent Facebook update of mine will begin my explanation why: 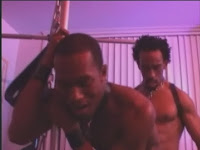 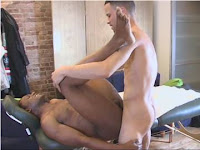 Such as my being a member of the leather community like I was for the movie, "B.L.A.K. (Bruthas Live And Kinky)". Or having sex with a homo-thug like I did in movies for Pitbull Productions.

Posted by LeNair Xavier at 5:05 PM