The host of the HardDriveMen.com parties writes a newsletter in which he features fun stuff to do in NYC, and on the web. The newsletter also features a NYC artist every month, and this coming month,....

With graciously accepting this honor, I was asked to write a bio telling his newsletter readers about myself. A task I very much welcomed. For so far, all many of them know of me is the fact that I wrote the blog post, "My Sex Drive At Hard Drive", since it is featured on the HardDriveMen.com website. Besides that, according to my blog stats, his readers don't know much else about me for many of them don't venture beyond that single blog post.

It is always hard to write bios, especially if you're some degree humble. For when you are some degree humble, you always question your greatness, accomplishments, and notoriety. So writing a bio puts one in the position to realize what they have or have not done. Sometimes surprising ourselves to learn we've actually have done more than we initially realized.

When I told my Mom about this feature, she pointed out saying, "Who better to ask to write it? Because even though your blog makes you seem like an open book, you're one person that nobody knows you (and what you've done) like you."

With that in mind, this is the bio I presented:

However, that was then, and this is now. And since LeNair left the gay porn industry in 2009, besides making more obvious his talents as a singer, dancer, artist, and poet through his YouTube channel, he is growing broader in his fight for the underdog. For now through his blog, poetry, and discussion moderating, things like sexism, ageism, drugs abuse & alcoholism in the gay community are now added to the list of things he fights against.  His goal is to make clear that contrary to how the media makes things appear, that White and light-complexioned teens and 20-somethings are not the only signs of beauty and intellect in our community. And his words in whatever form he chooses to address an issue proves that his darker skin maintained by healthy behavior (and not because “Black don’t crack”) makes him just as physically, emotionally, and more importantly mentally fit to represent our community as he approaches the age of 42.

Do take note, the male pride and bruised egos of the bosses of these studios, magazines, channels, and nightlife will never admit to LeNair being right. Hence why they have never hired him, and probably never will when they start to bend. But LeNair champions on as a sexual pioneer to undo the sexual repression of our society. For it is why he himself did not admit to his predominately gay bisexuality or even become sexually active until he was nearing 31. And he does not want that chain to continue.

So what you see of him at a sex event is LeNair making up for lost time, and proving a point best said by George Michael in his 80’s hit, “I Want Your Sex”….

Sex is natural - sex is good
Not everybody does it
But everybody should ;-) 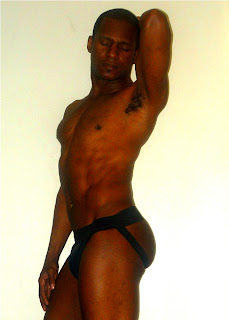 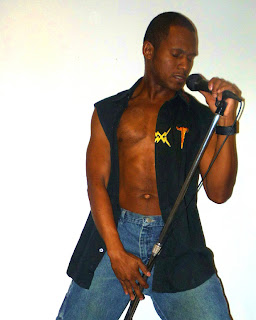