No Rentboy & Some Body Rain

Unlike in the straight community, in the gay male community, male prostitutes, or the sugar-coated word for them, “escorts” are put up on a phony pedestal so their usually old gay johns can stroke the their egos. And I’m sure you can understand, that by stroking a hooker’s ego, it is a lot easier to have them at your beck and call. Especially when it’s a male hooker’s ego. It’s now to the point that besides ads in the back of gay nightlife magazines, for these guys, there’s the party, HustlaBall, and now The Hookie Awards. Both highly publicized in gay media, which makes the gay community seem extremely dysfunctional. So I hope me showing that I’m against this behavior shows that we all are not so fucked up in the head.

Of course my many gay readers know that one of the many synonyms for male prostitutes is “rentboy”. Which is why the title of the poem was “No Joy With A Rentboy”. 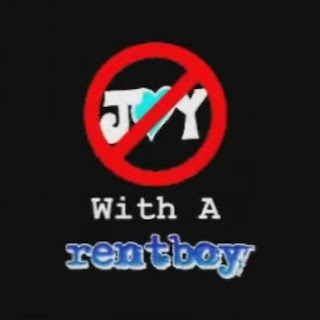 This was not an easy poem to write, or present publicly as I did in the above video. For I do know some guys who escort, and it pains me to know that by living this life, they are greatly lessening their chance to find that special someone many of them hope to find. Even lesser chance than me because of with my sexual openness. For I may be sexually open and liberated, but it's a big difference when you make your sex for sale. Also, with Titillating Tongues being an event open to all orientations, I'm sure some may feel that what I said in my intro of "No Joy With A Rentboy" made the gay community look bad to the straight people in the room. But the fact is I didn't start the putting of male prostitutes on a pedestal. Gay media (some of whom are probably their clients) did. And its followers followed. All I did in my intro was expose that fact. 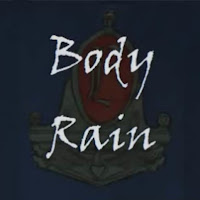 The 2nd poem entitled, "Body Rain" is a term you may have seen me use before within a poem. It's a term I used to describe sweat from sex/lovemaking. However, this is the 1st time I've written something focusing solely on that subject. For my reading that night, I felt it was a good contrast in my personality. Showing that if I need to address a matter I will, but I also have a romantic side that can find the most simple things in nature sexy.

With that said, I hope you enjoyed the poems. Also, if you're in NYC on the 3rd Friday of the month, that you will come see me at the next Titillating Tongues should I announce presenting material there.

Posted by LeNair Xavier at 4:35 PM