Seeing Me Before I - the backstory

Jim Koury, The editor of the magazine Diversity Rules recently approached me about featuring a poem of mine. Diversity Rules didn't really include poetry, but Jim said that he's been admiring my poetry lately, and that he wanted to try something new with the magazine, along with it recently going back into print edition. So I'm honored to be considered part of this change.

Now, as for the backstory of the poem of mine they featured....

Some time around 1995, a few years before 9/11, also a few years before me coming to terms with my sexual orientation, I used to work at The New York Mercantile Exchange, which at the time was located in 4 World Trade Center. In order to get on the trading floor, you had to have an ID tag, and there was a security guard always stationed at the entry to make sure you had one.

The security guards changed over time, but one will always stay in my mind. He wasn't that tall, had buzz-cut blond hair, and beautiful light eyes. When I would go on and off the trading floor, he would always say little things to me. Even though the things he said seemed innocent enough, since I didn't see him do it much to others, I began to get the vibe that he was flirting with me. 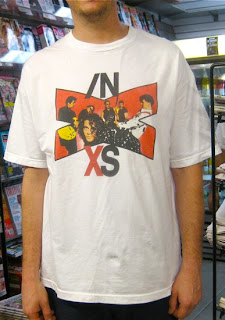 The most defining moment to raise my antennas was on what was called "Dress Down Friday" where we were allowed to wear jeans and t-shirts, instead of the usual button-down shirt and slacks. At the time, I was a fan of the pop/rock band, INXS, so I had one of their t-shirts on. As I was walking back onto the trading floor, this security guard whispered the group's name as I walked by. Even though I was socially inept, I was sexually aware enough to know that group's name, INXS, said in a whisper to anyone is a sign that you're being courted. And even more of a sign was when I looked back after passing by him, he was looking back at me ----with a grin.

Every time I looked into those light eyes of his, I was hoping some situation would come about to make it be that me and him would end up alone. And in that moment alone, he would try to make a move on me, and confirm not just my suspicions of his flirtations, but also that about my degree of being gay because deep inside I knew I wouldn't fight it. I have had instances of passing him in the hallways or running into him in the bathroom, but there was always at least one other guy there, and that at least one guy was always uber-straight. So there goes the bathroom fantasy becoming reality of us playing a game of "You Show Me Yours, And I'll Show You Mine", and/or us slipping into a stall and me positioning myself to be fucked like a savage. And yes, even back then I always knew that if I was to be gay that I would eventually be versatile as I am now, but I also always knew that come my 1st time, I would be a bottom.

Between my being in denial of my orientation and my being socially inept, I wasn't sure if my suspicions of him being flirtatious were correct. So I asked of all people, my Mom. Whether you are one of my most loyal readers or new, learning that my mother is quite religious might surprise you as to why I would go to her to confirm or refute my suspicions. It's because since puberty, she has always made me aware of the fact that I had a look that many gay or bi-curious men willing to experiment would be drawn to. So knowing I'd get such honesty, and me having almost no friends, my Mom was about the only person I felt I could tell my suspicions to. And as it turned out, I'm sure much to her chagrin, she confirmed my suspicions.

You know how they say "you never forget your first". Well, he wasn't the first guy to do such flirting, nor was he was the 1st that I wanted intensely in return. But he was the 1st to have eyes that I felt saw right through me.

I was often scared to look into his light eyes because they were like glass. When the truth is, if anything or anyone was made of glass here, it was me. With his light eyes actually being mirrors for me to see my being a 5'6" tower of glass making a feeble attempt to hide the gay man inside. Because also as they say, "it takes one to know one". So if he was gay, there was no hiding of myself from him.

So this poem comes from me saying my "shoulda, coulda, woulda's" as I remember him . Him, who back in 1995 saw me before I finally saw and began loving myself on February 9, 2002 - the night I came out to myself going into February 10, 2002 - the night I lost my virginity. 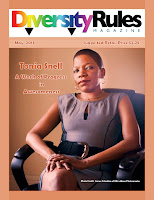 Normally, this is the point where I post the poem. My most loyal readers know that is what I did the last time I posted this story. But since I believe so much in this magazine's mission, I took the poem out as a way to urge you readers (old and new) to get the whole magazine.

So I hope you will get the digital version, or help bring print magazines back by getting your copy HERE.
Thank you.

Posted by LeNair Xavier at 1:51 PM