Night As A Bartender 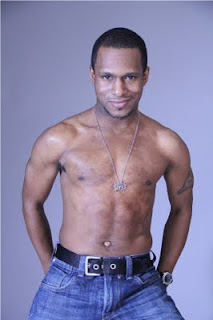 Another reason I accepted the offer to tend the bar that night was so I could get a taste of experiencing what a bartender or any service person goes through, even though I get a good idea watching it from a compassionate customer's point of view. But it's a different experience when you are actually in the mix of things. As I've already experienced firsthand on my few occasions as a go-go boy, with guys trying to cop a feel and not show appreciation for my dancing my ass off and taking the time to be kind. So I knew there would be those who didn't tip when I got into this. I see it as a patron at every bar and restaurant I been to, and every cab I've rode in.

And if my observations as a patron and times as a go-go boy taught me anything, it taught me to tip based on 2 things:
(1)Taking the TIME to be courteous, and;
(2)Making the EFFORT to do the job effectively, giving some leeway because I usually don't know a service person's experience level.

For the most part, my credo worked in good karma for me. Because what might surprise readers to know (but not the patrons who were eyewitness) is that before that night, I've opened a wine bottle ONLY ONCE before in my life. What worked to my advantage was the fact that the corkscrew was very similar to the one that I own (but rarely use) at home. So even though it's been a few years since I opened a wine bottle, my doing it so often that night made it quickly come back to memory. What made it difficult was the bar being so high (just below my upper abs) that it threw off my body to properly put the screw into the cork. But even when I was having moments of difficulty opening a wine bottle, I still got tipped by the patrons who helped me. They saw me take the TIME to be courteous, and even with my being a novice, they saw my EFFORT to do my job effectively. There were others however who showed themselves to be the aforementioned nightmare of every bartender and service person --- those who don't tip.

Even though I tip at a bar just for ordering a soda, I might expect not tipping from someone who is not much a drinker, because they might not know proper etiquette in such situations. But if you're making repeat trips to the bar, then your bitch-ass knows the protocol.

Of those who made numerous trips to the bar without tipping, would you believe one of them had the fuck-faced audacity to make their "tip" be how to open a wine bottle? To that person, I didn't smile at all. I just stared and let my eyes do the talking like my mother always told me they did.

I let my eyes say, "Back the fuck away from the bar, before I hurt you". Because this guy always asked for ice, especially with a wine spritzer. So when he gave me that "tip", I wanted to pretend to reach for ice, but instead reach into my pocket and get my cell phone and do a Naomi Campbell, hurl it at his head, and WHACK! And when he winds up with a big red mega-knot on his head, THEN hand him some ice while saying, "Here's your ice. I think you need it for that little boo-boo."

He was lucky that I love my cell phone enough to practice the restraint Naomi Campbell didn't.

That guy wasn't the only time I needed to practice restraint. Another came up to the bar, and while pouring his glass, I hear the clinging of coins going into the tip jar. Yes, COINS! After the opening reception, and emptying the tip jar, I saw how much it amounted to, and it doesn't really matter whether it was 1 cent or $1 in coins, there is a problem with this.

It's 2011, and we're all adults. Who else but the obviously pretentious tips a grown-up with coins - no matter how much they amount to. I am not a charity, a bum on the street, or an employee of a place like Dunkin' Donuts where I see that kind of tipping is encouraged by a low-rising mug being placed on the counter. People should be mindful of that sort of thing. Because things like this might justifiably happen in return:

This next guy was another I needed to practice restraint with. Not only did he not tip, but his main crime was that he stunk, as in major body odor. I wanted to tell this guy, "Look, God put it in man's mind to create soap AND a shower. It is a damn shame that you came in here without choosing to invest time in using either!"

Now, I knew I had to practice restraint in this instance as well, because I knew if I said anything to him about his body odor and how offensive it was, my reaction would have included giving him a make-shift shower by pouring on him the melted ice that was in the bucket where we were keeping cold the first bottles of wine.


If we were at a real bar, I could have done to that dimwit what gets done to the dimwit in this video:
Despite the flawed judgement of these people, just as they say "every dark cloud has a silver lining"----every clear blue sky has a dark cloud that has to pass through for a moment. These people were the dark clouds that passed through my clear blue sky. Because overall, I enjoyed myself IMMENSELY. And while I got into more detail of the bad of the evening, it didn't overpower the good of the evening.

The good of the evening including the various people asking me if I was a model, and how they lit up to discover that I've actually modeled for the drawing studio before. One such encounter may have even got me another shot at modeling for them. Because when the patron who was an artist was complimenting me, the studio's director  just happened to come up to the bar. So the conversation between me and the patron turned into a conversation between the patron and the studio director.

As I said before, I like meeting a variety of people. That can be seen more evidently if you saw my friends. Most of whom have never met each other because they don't hang out in the same kind of places as one another. But the fact is that I am quite shy, so being the bartender that night made me have no choice but to up the ante on my socializing with people that I normally would be too shy to socialize with, no matter how worthy of the time I found them to be. So since being a true Aries, and liking the idea of challenging myself, I was more than happy to use this opportunity to do that.

And I would gladly do it again, with all the good and bad.
Posted by LeNair Xavier at 9:37 PM

Email ThisBlogThis!Share to TwitterShare to FacebookShare to Pinterest
Labels: Note of THANKS, Word Of Advice