Sleep Inside Me with Sexual Electricity

For my entire presentation featured 3 poems. All inspired by images. One was a photo I found online, while the other 2 were drawing of mine.

When I came across this photo online, I knew at some point a story of some kind was going to come out of it. I just didn't know it was going to be a poem. I have no idea as to who the photographer is, or who the models are. So if you have any idea, please leave the info in the comments section. 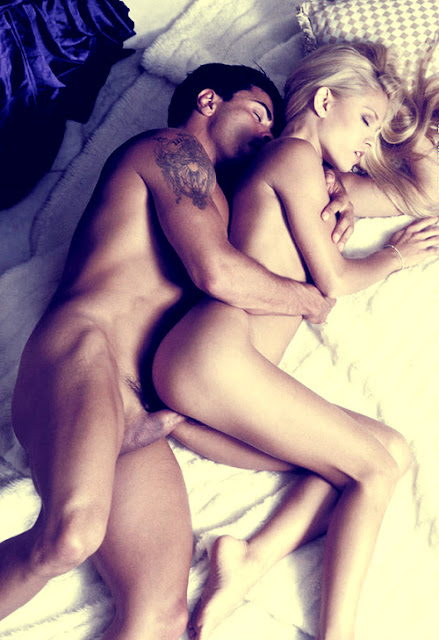 Now, some of you might be pissed to see a man and a woman on my blog. Well, first of all, as a bisexual, I have an appreciation for the beauty of sex in all sexual orientations. Plus, the beauty of sex between a male and a female is how you got here. So don't make it ugly (and regrettable) by being a hetero-phobe.

In any case, there's no reason why you can't take that photo and imagine it being a hot guy sleeping with you. Let the beauty of imagination take over. Like I did when I finally buckled down and wrote this poem. Making this end result....

The include photo inspired the poem you hear being read at @InspiredWordNYC's Titillating Tongues. The poem is titled, "Sleep Inside Me". pic.twitter.com/4IxwaT2zNY
— LeNair Xavier (@LeNairXavier) November 7, 2016 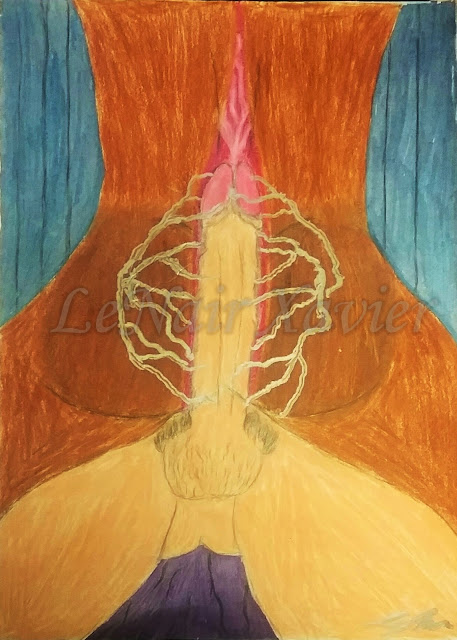 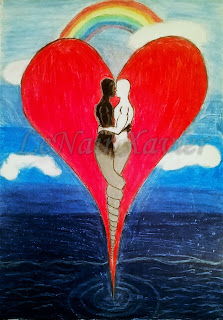 The reason why the poem is not included in this post is because of the power of Twitter.

In promoting my appearance at Titillating Tongues, I tweeted this pic along with the other 2 above, and someone putting together an E-zine is considering to include it in that e-zine. If you follow me on Facebook or Twitter, you probably have already seen this drawing. You just never heard or read the poem that was inspired by the artwork. You missed it by not coming to hear it read live at Titillating Tongues. However, if all goes well, I'll be giving you the info so that you can read it soon enough.

Posted by LeNair Xavier at 2:15 PM