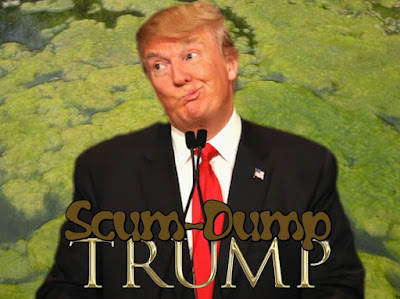 In the wee-hours of November 9, 2016 Eastern Standard Time
The public's vote screamed "Hilary!"
But the smaller electoral vote screamed "Trump!"
Leaving the public to lose faith in the system
Since Trump has become our President-elect

Every woman sexually assaulted
Every black person called "nigger"
Every Latino called "spic"
Every gay called "faggot" or "dyke"
Who are then bullied and beaten for that natural difference
Their blood is on your hands
Every transgender person called "freak"
Every Muslim reading the Koran
Every pregnant woman needing an abortion
Every immigrant seeking the American dream
Ostracized, taunted, and beaten
For making a decision to save less their wallet, but way more their soul
The blood of the unborn and unrealized is on your hands
It's not all of the blood
But if you have any resemblance of a conscience
Even a tiny drop is too much
And since you filled in that dot on that ballot
I guess you have no conscience at all

Now you might say
Those acts of bullying are people acting on their own
Well, the bully in them might have been dormant
But the biggest cyberbully lit that ugly spark
The cyberbully YOU voted to make
The leader of our great nation...
And his actions are to make him
The ultimate validator
For he should be the ultimate example of America
But this Scum-Dump…
…named Donald J. Trump
What is he the ultimate validator of?

So if you Trump trolls beg to differ
About Trump being a true worthwhile leader
Where was his "masterful" voice
Telling these verbally and physically violent people
To STOP this violence at his rallies?
Where was his "masterful" voice
Asking for them to peacefully disagree?
Instead, he further incited them
Giving them the greenlight to go ahead and be cruel
So this long overdue call for calm is seen for what it is
Like his Trump University settlement
It's a crock to hide the crook

And you know why he was silent for so long?
It's because CONGRATULATIONS!
To all of you who voted for Donald J. Scum-Dump Trump
You are all his minions!
You are all his bitches!
Doing all of the dirty work
He's not brave enough to do for himself
It's like you're all employees for the Trump Organization
And he's doing the something, yet nothing that he has done before...
...He's not paying you shit!
Much like he has done with his taxes

Anyway, I said before that I guess you have no conscience
Then why am I talking to you?
It's because I'm hoping you have a human heart
One that now feels regret
After seeing the results of the choice you made that fateful day
A day that has caused for the 1st time in my lifetime
Marches in cities across the nation
Repulsed by the government's decision of a president-elect
For as I said before,
The people's vote cried "Hilary"
But those in government
Protecting their take-from-the-poor-give-to-the-rich credo
...It's them who cried "Trump"
So please feel regret
Prove to me, but more importantly to yourself
That you are not such a narcissist
A narcissist like the scum-dump
Whose name is Donald J. Trump
Posted by LeNair Xavier at 11:32 AM