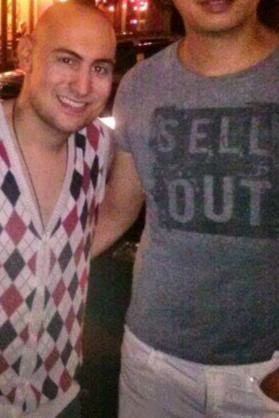 It is coming up on 5 years since I wrote the blog post, "Crash And Burn On Valentine's Edge". If my most loyal readers recall I never revealed the guy in that post. Well, that guy is the singer, Lovari.

Why am I revealing this now? For my rule is that I need to get that story out of my system, but initially, I try to respect you enough to keep your name and/or face out of it. Even when it's a sexual escapade, and I feel you've shown a skill and/or degree of character that you should be publicly lauded for. However, when you cross a line with me that sends you into exile from my life...all bets are off. Such a low was recently committed by Lovari.

You might think since our brief involvement of 10 days occurring 5 years ago, that I should look at Lovari now partnering with Latino Fan Club as some kind of progress. Think again!

So if there's any question as to why I said to him, "YOU HAVE SUNK TO A NEW FUCKIN' LOW!", there shouldn't be now.

As many times as I've been through this, this level of stupidity still baffles me. For with all that I've said on the issue of gay-for-pay in blog posts, AND conversations during and since our 10 days of dating, how STUPID can Lovari be?!

Eww! I think I just threw up a little in my mouth!

Luckily, I have thoughts of my interview with the organization, AntiPornography.org to pull it back. For it reminds me that I'm doing something to combat the matter by addressing the matter. 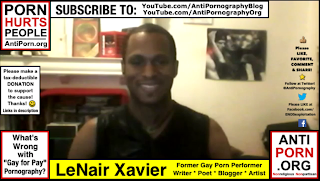