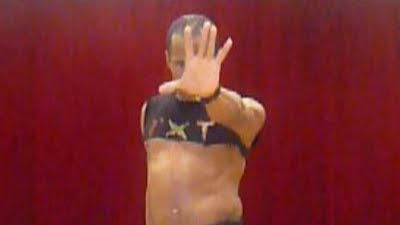 Back in December of 2002, it was my 1st December since realizing that I was a 5 on the Kinsey scale back in early March. The law firm I was working at had a Christmas party, and even though I was a temporary Mail Clerk, I was allowed to attend. I seemed to draw a great deal of attention. Not just for the shining silver-grey muscle shirt that I revealed after I taking off my sports-jacket. But also because of the reason I needed to take off my sports-jacket ----me, the quiet temp of a Mail Clerk was dancing up a storm.
Maybe my being in the middle of a party gave me reason to throw so much energy into celebrating how it was nearing a year since my coming out to myself.
Believe it or not, we had work the next day. While doing one of my mail-runs, one of the ladies in one of the departments I had to stop at said to me, "LeNair, do you have ANY bones in your body?"
Everyone in that department laughed hilariously, myself included. My laughter however was out of shyness. Because now my secret of being able to dance was out.
What surprised me about the question was the fact that I didn't think that I did anything to show my body as being that loose. I didn't do any drops to the floor, or pop-locking. I just danced. I guess it was because when you're surrounded by the tightness of people in the corporate world like attorneys, in your mind's eye, anyone incredibly good at keeping a rhythm becomes greater than they actually are at that moment.
During my time at that firm I went to 7 Christmas parties, and I was the go-to guy to dance with. No matter what type of music it was. Be it disco, r & b, hip-hop, rock/pop, Reggae, or Latin, I got dragged to the dancefloor and wore out most of the women I danced with. 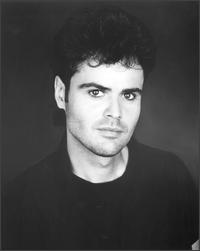 Backtrack to 1989, when Donny Osmond made his comeback with the hit, "Soldier Of Love". After curiosity got the better of me, I bought the cassette of the album (yes, cassette - it was 1989). And I'm glad I did. I was liking every song. Naturally, some more than others. But when the cassette went to Side 2, I heard this tribal beat begin. And the song, "My Secret Touch", became a song I often used at the time (and occasionally still do) to better my ability to combine my skills as a singer and dancer.
Although I've long ago stopped chasing the dream of being a recording artist because of the overload of auto-tune in the music industry, I've still been wanting to perform this song for an audience 22 years later. Now, thanks to sites like YouTube, Vimeo, and the like, I can now have that audience in some capacity.
One of the things I am most proud of with this video is how I made it now at 40, instead of when I first heard and feel in love with the beat of this song 22 years ago when I was 18. For I can now show how with being active, mostly healthy eating, plus little to no drugs and alcohol you can prolong one being able to exemplify how age can really be just a number.
Because if I'm to be asked again if I have any bones in my body, this video will definitely lead you to wonder.

Posted by LeNair Xavier at 1:59 PM