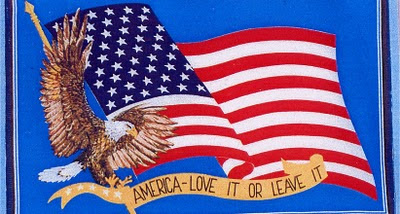 I was born and raised in the United States of America. And I have grown fully aware that this country has gotten to the prosperity that it has achieved because of the combined efforts of the many cultures and ethnicities that have called it "home" for generations after generations. While some cultures and ethnicities were brought here by force, I believe God allowed it to happen, so from that point of travesty, we can show our greatness by uniting, and treating one no better than the other.

Since this is the U.S.A., people being so close-minded that they can't find beauty in skin-colors other than their own says that there is a sickness in their mind. We see it in all forms of media and entertainment everyday, even in casting notices for plays where the situations are in no way ethnically-specific calling for a certain color in their casting. And in ethnically-diverse cities like New York, you see people on the street and with social networking site profiles that only have one color and/or shade. These people practicing modern-day segregation should be ashamed of themselves and their existence. For we have something to learn from each other, and these people are thumbing their noses at that opportunity.

For this reason, my latest "Write That Down" quote reads:


If you live in the USA, especially in a multi-ethnic area, and you're white with only white friends, black with only black friends, Asian with only Asian friends, Latin with only Latin friends, etc., since you hate befriending and admiring the beauty of variety that God created so much, then you need go back to your "motherland", and be a worthless existence THERE!

Email ThisBlogThis!Share to TwitterShare to FacebookShare to Pinterest
Labels: Typical American Gay Male - His Own Worst Enemy, Write That Down