Last week, I went to a bathhouse here in New York City. I got some action early on after checking in. In fact, here's the run-down of all the action I had there:

First, a bubble-butt Latino bottoms for me, with an ass that feels so great that I haven't been checked-in for 15 minutes yet, and already I'm on the verge of cumming. Luckily, he came from me fucking him, so I moved on;
Second, another guy bottoms for me. I fucked his ass changing paces. Going from slow strokes one moment to the next where I'm ramming my dick into him so that I'm sure anyone walking past that door could hear them smacks from my crotch meeting his plump ass. Because of that, I got told how (the good kind of) "bad" I am. Between topping these 2 guys, both feeling so good that I top so vigorously this soon after arriving, I needed to give my dick a break. However, it turned out being that he wasn't so done with me just yet, and he didn't need my dick to do it. The rest of my conquests are quite interesting, but I must come back to this tryst as it leads to the title;
Third, I decided to not walk around so much, and take an idea from the guys who are considered less attractive by just laying in the room totally naked and seeing which hot guy walked by wanting to come in. I've never done this before, but I figured if I wasn't interested in whoever tried coming into the room, then you either said "no", or turned your head. To show lack of interest, I chose the latter. One guy was so stubborn, he still came into my room, and I had to actually say the word, "No!". What pissed me off with this was the fact that the guy was wearing glasses, and my room was not so dimly lit. Therefore what part of my head turning away did he not see, or what he that much of a jerk that he decided to come in regardless? Well, once he finally got the point, these 2 hotties were standing outside my room, and I gave them the eye to invite them in. One of them was cruising me earlier, so I figured it was just a matter of time before I got him. Both of them had big cocks, and I thought to myself if these guys tag-team me, then my ass may be done for. Well I didn't have to worry because we wound up having a 3-way suckfest - and lickfest, if you include how while in a 69 position with one of them, I licked his ass while he sucked my dick. I loved licking his hole, and sucking on his plump ass cheeks. We called it quits with no one shooting a load, and I went to wash off and stretch my legs for a bit, then returned to my room;
Fourth, one of the other guys I had been cruising came into my room. My attraction to him was a little unusual because he wasn't fat, but did have a little more meat on him, and I don't usually go for those type of guys. But something about his aura turned what many may see as an outer flaw into something sexy as all hell. Proof is the fact that I wanted him to slam all that weight right into my hole, and I knew I was going to love it. Which I very much did. All in that tiny room, we actually maneuvered ourselves so he could fuck me doggy-style, missionary, and end it by spooning me . We shot his load on me, then I came on myself, so I had a cum-bath that I now needed to wash off myself from chest to groin. Although truth be told, I actually hate to wash it off, because I like the smell of cum on me. That smell lets everyone know that you been fucking and you gave it so good and/or working on some ass so hard that cum gushing from one or more guys was the end result. 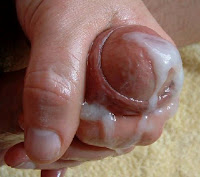 So reluctantly, I went to shower, but that wasn't the end;
Fifth, while I should have been getting my clothes on and heading home, I decided to walk around again, and ran into yet another guy I was mutually cruising earlier. He was a taller and muscular guy who actually wanted to bottom for little me. I gave him what he wanted until my cock lost it's hard-on from finally cumming not too long ago after all the fucking and sucking it had the pleasure of feeling earlier. So at this point, I showered again, then finally took my sexually satisfied-self home.
Now back to the second tryst.
What he didn't need my dick to do was go in his hole. He wanted me to finger him. He asked me how many fingers was I using, I told the truth, which was 1. He seemed disappointed, so I asked if he wanted another, and he replied with a yes. So I lubed up another finger, and went in. He told me that he wanted to know how many fingers he could take. Between experience with fingering males and females and reading quite a few sex instruction books mostly before becoming sexually active, I knew quite well of where to finger inside him to make him enjoy it. Most guys are fucking clueless on this which is why I usually hate getting fingered. My hitting that right spot made him ask for another finger, and then my thumb. At this point, all that was left outside of him was my little pinky finger. So in the midst of his moans, I slipped that in there, and he loved it, and was happy and shocked when I revealed that all 5 of my fingers were in his ass.
What surprised me was the fact that he wasn't the only one happy - so was I. In fact, I was getting turned on by doing this to him. My knuckles were just outside his anus, and my dick was getting harder by the second watching and realizing it. The reason I stopped was because (1) I respect a man's hole enough to not risk taking him beyond his seemed limitations, and (2) he had me doing it so long, I feared missing out on some other action I could be having. And based on all the other trysts I had in that bath-house outing, I would say that I left at the right time. 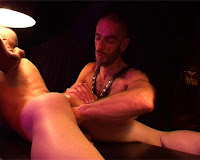