For the first time in awhile, I went to the NYC gay bar, The Eagle for their Jockstrap Happy Hour. At this event, proceeds go to a charity by way of a $5 cover as most patrons strip down to usually a jockstrap or some other kind of underwear and enjoy cocktails, beers, conversation, and flirtation. Most guests from my experience partake of these things well and act respectfully towards one another's personal space. However, there is often someone with such a rabid level of social ineptitude that they can ruin it for someone. 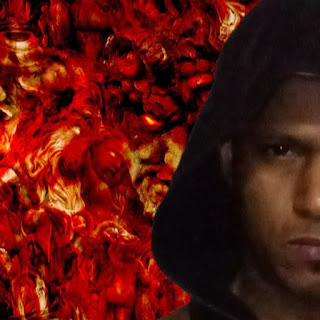 Well, on this night, the name of the person with the rabid social ineptitude was Nathaniel.

I paid my cover and entered the bar. In less than a minute, this tall, slim black male came up to me introducing himself by saying "Hi, I'm Nathaniel". Even though I don't know my degree of celebrity, knowing that I have some at all still makes me wonder if such an abrupt introduction is either a social media follower or someone seeing me as an Average Joe.

Anyway, after my refusal, he persisted in trying to talk to me. I said I just got here, and I wanted to settle myself first. He seemed to get the hint. He told me to enjoy my evening, then walked away. As I was waiting, I was so in a rush to get in the bar that I forgot I needed to use the restroom. So I went. When I returned, I went to the opposite end of the bar. Once there, Nathaniel came back, and started talking to me again. And it wasn't like he was approaching me out of drunkenness that made him forget we met just a few minutes earlier. He was well aware that we spoke before because this time, he did not introduce himself.

In response to whatever he said, there were many things I said that made it clear that if I was to entertain his company at any point, that moment was not the time. Such as how a few times when he said that it seems like I had a wall up, one time I responded by saying, "I do. Because I don't know. It comes down the more I get to know you." In whatever various ways I said that, I told him the truth each time. Another time in his rambling I responded by telling him, "When I first walk into a space, I like to assess the room. Get a feel for it. And to focus and get an honest assessment, I like to do that alone. Hence why I often go places solo."

He still kept talking to me. In fact, he even furthered his closing into my personal space. For most of the time, he was leaning against the bar with his left hand. Leaning into me at a less than 45 degree angle, which was inciting my porn-induced PTSD to do something drastic.

With hindsight being 20/20, I think one of the things that saved him from a heinous reaction was the fact that my porn-induced PTSD is incited more by being actually touched, which even in his close proximity to my body, he never did.

As he kept getting such responses from me defending my justified personal space, he became unjustly defensive in both his verbal responses, and his body language. Such as how he went from the less than 45 degree lean to taking his other hand and putting it on the other side of me, closing me in.

The whole encounter had me so annoyed that I only remember bit and pieces of what he said. At that moment all I recall is that he was asking me how old I was. I told him that I would tell him if he would stop trying to corner me. Me having to negotiate for my personal space to avoid responding with a physically violent reaction made his existence more insignificant with every letter of every word he spoke and every millimeter of his movement. For he was trying to close me in to possess my time and space.

Now, as a Black man in the racist clusterfuck that is the American gay community, I am more than a little aware of how disregarded a black male can feel. Especially when we have been passed aside for white/light-complexioned guys by someone claiming to like, or even love us. In every scenario from a backroom tryst to a long-term relationship. However, the accumulation of such hits does not justify Nathaniel (or any other black male) imposing upon someone's personal space. Especially not in that fashion. And especially not the personal space of a stranger --- what I was to Nathaniel.

With all this said, I must publicly ask Nathaniel this...

I must ask these questions because based on your behavior on the night of April 19, 2019, you have all the makings of a rapist. Repetitious in executing power moves upon the personal space of a person you have no claim to. So if you don't fix this behavior now, I expect to hear news of you being accused, arrested, indicted, tried, and convicted in due time.

I actually hope you have done no such extent of harm to someone. But if you have, I hope this article inspires them to come forward. 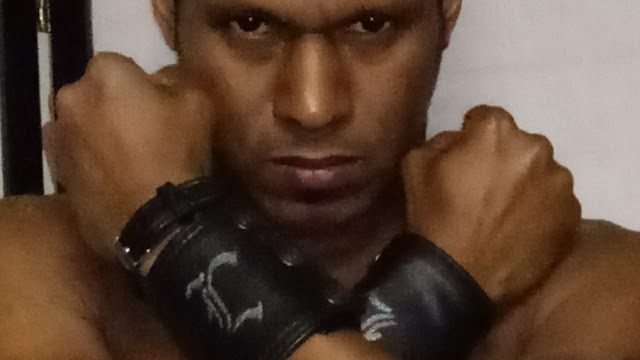 Posted by LeNair Xavier at 1:07 PM