Getting Off To The WORST STROKER EVER!!! 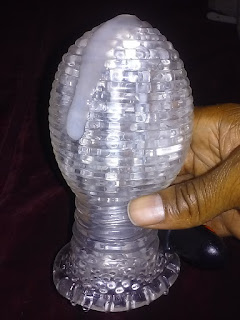 For the 1st time I tried Palm-Tec SE Vol. 19 Stroker, it hurt to get in. Primarily due to the fact that this "toy" takes the term "choking the chicken" a bit too fuckin' literal!

By the entry way of the toy being too damn tight! 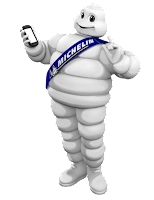 Now, I have repeatedly admitted that I don't have the thickest dick in the world, but nor is it the thinnest. So if I say that after my 1st try to get in it that my dick was imprinted with lines from the neck to the point that my cock looked like a dark brown Michelin Man, then you know we have a problem. 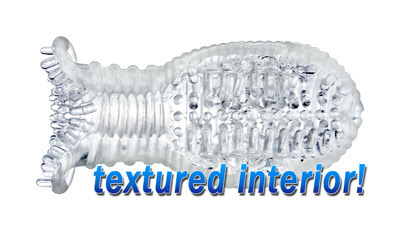 And to make up for the agony my dick suffered from the toy's neck, I kept thrusting all the way to the very end of the toy that has a hole to create suction. Hence why when I came, me not always being a shooter, shot a cumload that shot up like a volcano.

Knowing I was going to try again, I left a bottle of body oil in the neck of the toy for 24 hours. The end result?...My dick still comes out with rings on it. Only this time, it is a less intense-looking brown Michelin Man.

With my Nude Dude Review, I make it a point that if I'm not stripping down to, not necessarily dropping trou, but at the least undoing my pants, then the toy is not worth making a video for. Proof of that is how in my 3 Nude Dude Reviews thus far, 2 of them have made me conclude with me covering my privates with the featured toy, and the other with me stripped down to a pair of skimpy underwear. 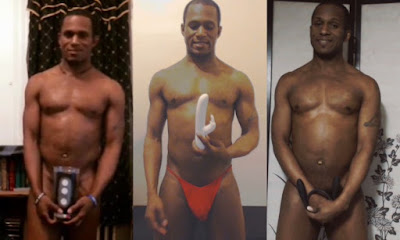 So now you're probably wondering: If I got off with this toy, then why am I not giving it the same treatment? It's because those 3 toys got me off by their own merit. Besides the obvious need for lube, I didn't need an outside product to make the toy workable or enjoyable. Such was not the case with the Palm-Tec SE Vol. 19 Stroker. As I stated twice earlier, I needed a hard bottle to sit in its neck for an elongated length of time just so I could get my cock into the toy. Followed by me ((not using, but) needing a bullet vibrator in the hole to distract how my cock was still being choked. So based on its own merit, if I did a Nude Dude Review of Palm-Tec SE Vol. 19 Stroker, It would end with me being probably too clothed for your taste.

With all that said, I made an effort to get a video out of this toy to prove a point...How even if it's a poorly made toy, you can sometimes still make it work.

Inside Palm-Tec Vol. 19 Stroker powered by XTube
Posted by LeNair Xavier at 12:58 PM