Is it just me, or are you annoyed by those guys at sex parties who make you ask, "Since when did ESPN send commentators over to sex parties? Gay sex parties at that? Did I miss the point when gay sex became a sporting event?" 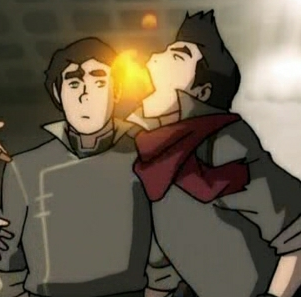 Well, let me tell you, they annoy the fuck out of me!

And for some reason they always seem to want to commentate in my ear. It's gotten to the point that I have started needing to show my disapproval by looking them up and down, then walking away from them.

Would you believe that I started this blog post 2 YEARS AGO?! The reason it's taken this long to address this is not because the behavior has stopped. Instead, it's because these idiots pretty much kept the commentating to moans and whispers of "Yeah, fuck his ass." The straw that broke the camel's back was that this time, I had some overcompensating shithead trying to be a gay sex education teacher, when he's not getting any action his damn self.

I was trying to top this Asian guy. I had topped this Asian guy before, but what I forgot was how many breaks he takes to sniff poppers. And it has been well documented here how I hate poppers, even most recently in my poem, "Run From The Fun", most of the 3rd stanza addresses this, as it reads:

Anyway, this night his popper use seemed worst than before. My mistake to even bother, but I started fucking his ass, and I couldn't get a good number of thrust in before he had to sniff his poppers. I tried again, and the same thing happened - another need to sniff. After this 2nd stop, my memory of his popper addiction got more refreshed, which made me get so annoyed that I just quit trying.

There was this Black guy watching. I kept seeing him around throughout the night, but not playing with anybody. After I tapped the Asian to signal my being done trying, he walked away. But just before walking away, he whispered to me, "Make him arch his back."

I looked back and said, "I know what to do."

The Black guy looked back knowing I was annoyed. Because evidently, my annoyance with the situation showed in my voice. And I didn't know which of the 2 withstanding annoyances was more prevalent in my tone: a) the Asian bottom whose lessened his manhood by being unable to take cock without using poppers incessantly, or b) this Black asshole who made himself an asshole by trying to play commentator to my action, when in any free moment I had, I never saw him do anything on his own all night.

When the Black guy made his comment, I never looked him completely in the face as I replied. Because I didn't want to put my eyes on him. For he already annoyed me with his presence by being the common bald Black gym-rat who obviously hits the gym to fit some White-ordained image of what a beautiful Black male should be. So for him to try criticizing me or giving me advice, because of the aforementioned, he needed to start criticizing and advising himself to be an individual, instead of being molded from a gay media-influenced cookie-cutter.

Furthermore, the fact that this guy's commentary came from him not even knowing the history of what I've experienced with this Asian guy and his popper use. And even furthermore, we are talking about the male sexual ego. A male at a sex party with any degree of logical thinking wants to be cheered on from the sidelines. Not guided by some other voice besides his own.

Now, do I go to sex parties and as far as I'm concerned see tops doing their bottoms wrong? ABSOLUTELY. But I leave them be. For they're 2 consenting adults, and what is going on between them is just that - between them. Therefore, they are to play director to one another. You need to stop being a nosey busy-body no-action-having little faggot, and stay the fuck out of it!

When you're at a sex party, the only sounds you really want to hear are the moans, groans, slaps from body contact, and the whispers and hollars from the pleasure - in short, the symphony of sex. All other sounds like your conversations and you commentating in someone's ear makes you a nuisance. At least for me, I don't need my ego stroked about how good a fuck I am by someone who I'm not fucking. I mean is my dick in your hole or in his? Exactly, HIS. So shut the fuck up! Thank you kind-LY.

Yes, I'm thinking the same thing. Yes, I'm getting turned on. But my dick just went limp by hearing your out-of-control yap. Because your inability to keep it as an inner-thought makes it seem that you came here not out of the fun of watching sex (and maybe getting some yourself), but out of a desperation for sex so severe that you can't control yourself. And that will only lessen how attractive a self-assured person is going to find you. Now, if you came here to be the recipient of a mercy fuck - keep up the good work. But do your search over by someone else. Someone whose stupidity and lack of self-assurance makes them need that ego boost from you. The "stupidity" I speak of is because you're supposed to get reassurance of your skill from your partner who is suppose to receive pleasure from your body, not some random voyeur with no such connection. And your lack of self-assurance is shown by you taking a compliment or critique with no regard as to whether or not it's the proper source of a compliment or critique.

Sometimes this commentating is not only done by words. It can also be done by action. I've had a few occasions at sex parties and backrooms where I'm giving or receiving oral sex, and someone besides the receiver puts their hand of the giver's head to guide him. Again, WHO THE FUCK ASKED YOU?!

If I'm the one receiving, the guy who put their hands on the giver's head looks annoyed when I move his hand. And I don't care. Because putting your hand on him to guide his head is not your place. Since it's my dick in his mouth, it's my call. And if I'm the giver, then it's vice versa. Either way, communication is to be between the giver and receiver. Therefore everyone else, BACK OFF, SHUT THE HELL UP, and KEEP YOUR HANDS TO YOUR-FUCKIN'-SELF!!!

With all that said, I'm going to close by saying this...Whatever you're overcompensating for, get your shit together, and stop being an oversized gnat in a guy's ear making him pay for it! Just because your lack of social grace has you miserable, do not try making us your company. Because if you think you're lonely now,...and no, I am not about to say the rest of those Bobby Womack lyrics....

What I'm saying is, if you think you're lonely now, ...your whispers shows ugliness to make sure you stay that way. 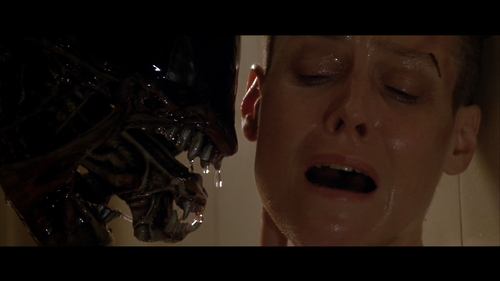 Posted by LeNair Xavier at 1:32 AM