Some of you need something brought to your attention.

As much as you may lust after underwear models, how many of you have noticed that with maybe the exception of Calvin Klein, Jocks By RJ and recently 2(x)ist, most underwear companies NEVER use medium to dark complexioned models? 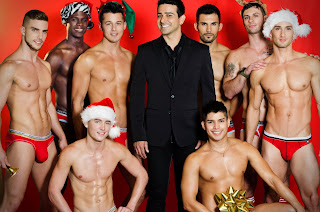 And if they do it is under extreme tokenism, like the m.o.'s of C-IN2, or Andrew Christian with some of his videos - obviously aimed at pleasing the White aesthetic. Even if they use them for fashion shows in certain areas, medium to dark complexion models are practically never hired to become the main spokesmodel for any company. 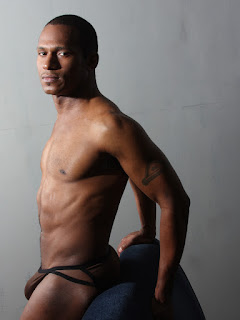 This problem is big in the modeling world, but no one will publicly discuss it at length. Mainly because all parties involved want to make their money, and not rock the boat while doing so. The marketing departments of the underwear companies are guilty, so the reason for their silence is obvious. Models themselves of whatever color won't say anything to avoid losing potential future work. Lastly, modeling agencies and photographers won't say anything to avoid losing present and/or potential clients from the big name racist companies. I know this one for a fact because I saw a modeling agency that is owned by a male of color and works primarily with models of color put out a call for underwear models in  a Facebook posting. The posting called for White, Latino, and even Asian. BLACKS HOWEVER WERE NOT AT ALL MENTIONED, AND THE AGENT KNEW IT BY ADDRESSING IT IN THE POSTING CITING THE REASON I STATED FOR AGENCIES' SILENCE IN THIS MATTER. So the code of silence about the racism is very similar to the one I experienced while in gay porn.

Before I continue, let me state for the record, I have had an exchanges with some of these companies via social networking sites regarding their limited use of Black models. However, I have gotten very political replies in return. 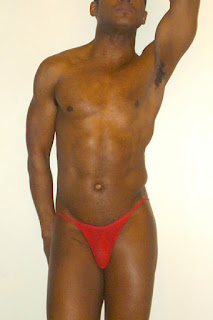 My friend, Ben Marksman brought up an interesting line of reasoning that he was hoping would explain the absence of Black underwear models. He said that it might have something to do with the belief of Black guys having bigger penises, so Whites in marketing fear feeling inferior by putting those believed to be bigger penises in underwear for all to see. Well, I can say IF that plays any part at all, them it's a small part (no pun intended). I say this because Latino males are also known  for big penises, and companies like Andrew Christian, C-IN2, 2(x)ist, N2N Bodywear, Male Power, etc. seem to have no problem with hiring light-complexioned Latino males to model their underwear. So while it is a racism issue, it goes even deeper by being a light and dark color issue.

Recently, Andrew Christian put out a casting notice for Asian and Black models. It's unfortunate that I'm skeptical, but it's very much justified. For as I stated earlier past inclusion of Blacks in Andrew Christian underwear ads have been both sporadic and token uses. All you have to do is look at the photo above and his videos to back up the truth in my statement.

Gregg Homme put out a casting notice as well that is not ethnicity-specific. 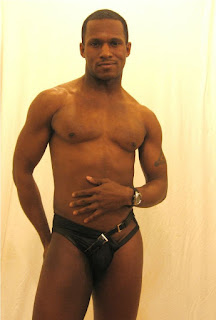 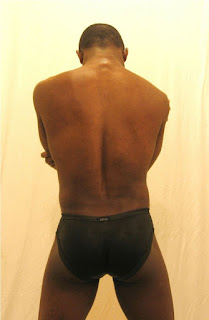 I am giving them some leeway because they are not based here in the U.S., but in Canada. However, with their intent to grow here in the U.S. is why I have submitted my pics for consideration. For racism is so out of control in this country that diversity in your advertisement casting is a must to avoid a public outcry, even if the media tries to downplay it as being a whisper.

Now, if those heading these ad campaigns really do feel an inferiority due to the "Black is bigger" theory, then wouldn't it be wise of them to show us wearing briefs and bikini underwear to cage those "bigger & blacker" endowments? It seems like a smart move to me. For them, better that than to have Black males doing a boycott of underwear companies to the point that those big Black dicks start poking out of boxers or bulging in our jeans, slacks, and shorts because us Black guys have all gone commando.

Evidently their advertising departments are not color-blind enough to beauty to think so. And agencies and photographers don't have the big enough balls to take them to task on it. And with models being expected to be faces and bodies with no thought in order to get the next  modeling job, they are the ones that we can expect to see the least amount a stand on this matter.

With all that said, my parting words are for these underwear companies:

If your companies were to suddenly start hiring darker models of color, it doesn't change a thing. Because the only reason you would do so is because of an outcry from blog posts like this. And if that's what it takes to make you acknowledge people of medium to darker complexions as symbols of beauty, or as part of your target market, then at this point why should we care? 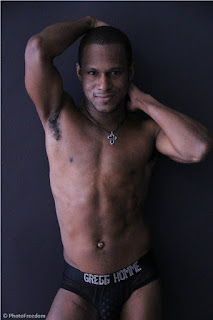 For while some of you seem to be just now getting around to trying, from my perspective, the damage is already done. Especially by American companies. For you already told on yourself of your limited thinking as to who is beautiful enough and financially able to wear your products by your numerous videos and ads with White and light-complexioned Latino models. And these are times when the Black American community and those non-Blacks with enough humanity to understand have ALL reached a point that unless you are an agent profiting from the commission, or a Black model himself, tokenism is not appreciated. And it is damn sure not respected.

Furthermore, if you have any real humanity, it shouldn't take a public outcry to make you aware of your oversight. Especially, if you call yourself an American. For as an American, showing diversity should be ingrained in your brain.

Email ThisBlogThis!Share to TwitterShare to FacebookShare to Pinterest
Labels: On Racist Blast, Typical American Gay Male - His Own Worst Enemy