I have often said that the sex toy industry is quite often too gender-specific for its own good. Case in point, of the 8 sex toys I have reviewed for my Nude Dude Review, 4 - half of them are marketed to females. Yet, my male body got great enough pleasure from them that by the end of the video, I had stripped down to some very skimpy underwear.

By my working at a sex shop when these 2 sex toys came out, I got my hands on both of them. Now, many would expect that as a male, I would favor the Loki Wave over the Ina Wave. Well, you would be quite wrong.

I actually prefer the Ina Wave. In fact, I have even said to co-workers and customers that to my body, the Loki Wave feels like a nice sex toy, but the Ina Wave...makes me feel like I have an actual guest.

Perhaps the slight difference in shape of the area that lays on my taint is a factor. I definitely know that the width of that part is a factor for me.

For when I and/or a playmate plays with my taint, I prefer a finger. Approximately the size of the external stimulator on the Ina Wave, which also reaches the right length along my taint. Meanwhile, the external stimulator on the Loki Wave is more suitable for someone who prefers fingers (plural), and at a longer length for their external stimulation, be they male or female. I know this from a discussion with a former female co-worker who said that she preferred the Loki Wave over the Ina Wave for her vaginal pleasure.

Also, when placed side by side, I found the Ina Wave can go a tad deeper inside than the Loki Wave. So that slighter depth plus that motion might very well land on my prostate in a way to be more stimulating.

Even though this article has been a long time coming, I hope that the next time you consider buying one of the two, give the other a look. Because the one marketed to bodies of the opposite gender might actually be the one you're looking for.

Trust me on this. Because remember, I have a history of discovering such things. 😉 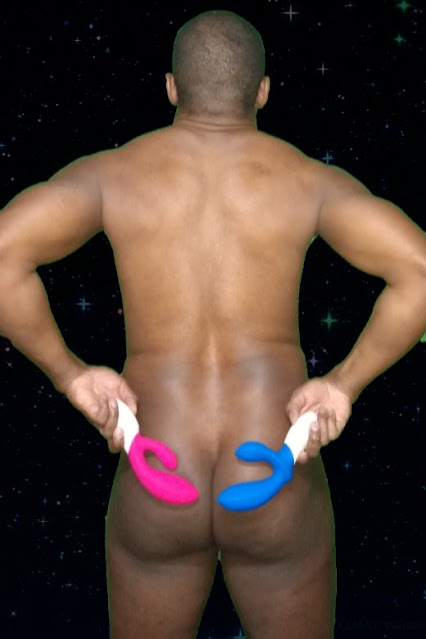