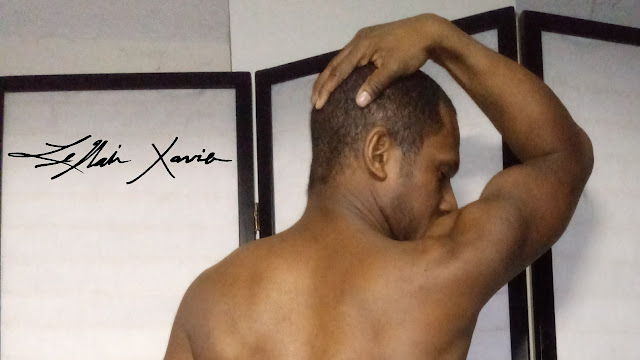 Hanging out on the little stage in the basement of The Cock, I met a guy. After exchanging glances we gravitated towards each other. We started making out. As the making out progressed to us feeling each other up through our clothes, then digging down each other's pants in a dark corner, sex seemed to a definite expectation that night.

In our feeling each other up, he went for both my dick and ass just as much as I went for his. So I decided to do what I always do with a guy, even if he focuses more on my back than my front, or vice versa. I asked him if he was a top, bottom, or versatile.

It's unfortunate how the ignorant sexual roles based on color/ethnicity and body weight/height imposed upon us in the gay community by gay media forms made me fear I wouldn't trust him once he answered. For he was white, shorter than me, and our feel-up session informed my hand that he had an ass to die for on that smaller frame of his. So the racist sexpectations of me that I've experienced so many times before had me prepared for him to say that he was a bottom.


But I necessarily digress.

After he told me he was more of a top, I lit up. Because that's actually what I wanted from him. We continued making out for a bit. Then went back upstairs to the bar for a drink. He then extended an invitation back to his place to which I graciously accepted.

We got back to his place. He asked if I wanted something to drink. I chose water. He stepped out and came back. After a quick sip, we immediately stripped off our clothes. I saw that fit physique of his in his underwear, and it only made me want his body to connect with mine even more. For his dick to be a key, and my asshole to be the keyhole by which entry of his key can unlock my horniness and his.

We started making out, and he put me on his bed. We continued making out, then he asked a question that threw me for a bit. He asked, "Do you like to get fisted?"

For I started realizing that I allowed them to get that far because I was so into them that I wanted their bodies inside mine in every way possible. So from that point on, I knew someday, I would get completely fisted. But that night was not the night.

So I thought that this night was going to be the night. Because I was that intensely into him. So to answer his question, I told him, "Not completely. But I'm willing to let you try."

And he did, He lubed up his hand heavily. He tried going in, and at first, only got as far as the couple in Harlem. He then offered me some poppers. Breaking my long-standing anti-poppers rule, I must confess that I took him up on his offer. And trust me, I am not proud that I did.

My head felt the usual light-headedness that I've come to know (and loathe) even by a contact high from poppers. However, even though I took a huff, I was still determined to prove the point I made in all of my anti-poppers articles. I then took a deep breath, and he started moving his hand around inside me. I had no idea as to how deep inside he was. However deep it was though, it did feel good. And this was not the high from the poppers talking because by the time I acknowledged the pleasure I was feeling, the high from the poppers had worn off.

Then it suddenly became too much. So I had him stop. I could see in his beautiful light eyes that he wanted to keep going, but he did what a real man would do. He listened to me listening to my body and stopped.

Afterwards, I asked him how far had he gotten inside me. It felt like he was all the way in, and while he was doing it, I saw none of his hand. So I asked to be sure. He said, "Another 10 seconds, and I would have been all the way in." 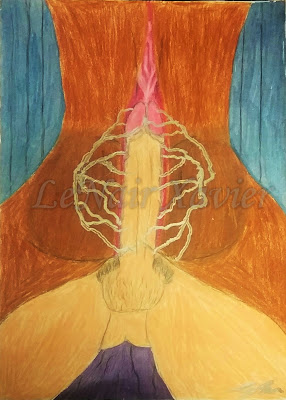 Unfortunately, my playmate drank too much and was unable to perform. And I was not at all mad. Disappointed, yes. But not mad. For he seemed completely sober. It was just a case where whiskey dick didn't hit during the initial act to cause excitement. It hit numerous acts to cause excitement. A situation I have experienced myself after a drink or 2 and intense foreplay. Especially on an empty stomach.

A few weeks later, we ran into each other at a gay bar. With gay male's bad reputation for thinking of their playmates as disposable from life and memory, I expected him to not remember me if he saw me. It turns out he did remember me. Greeting me when he saw me. And from that we started making out again. This time, we didn't wait. We found a corner in the backroom, he undid his pants, and I immediately went down on him. While I was sucking his dick, I undid my pants and reached into my pouch and lubed my ass. Perfect timing. Because once he got rock hard, he picked me up, and turned me around with a quickness. Snatched down my pants. Put a spit lube on his cock, and put it in my ass.

He thrusted away at my hole. I reached back a few times to squeeze his nice ass as it flexed while he plowed into me. I grinded my ass on his cock a few times also because when I bottom, I am not a lazy bottom. There were guys watching this, but they were of no concern. However, my always multi-tasking mind did realize something about the crowd that was wrong, but too familiar.

With racism in the gay community being alive and well, the initial optics of this gorgeous shorter White man putting, then thrusting his eager cock inside a slightly taller Black man with an equally eager hole stunned many enough to make them look. But just for a moment. For many of the white guys, once the sexual racism ingrained in their so-called minds made them realize they were seeing something that "broke the rules", they left. So in my haze from the pleasure of my playmate's dick in my ass, I noticed that we were surrounded by mostly men of color.

I didn't really give a damn about whether the crowd watched or not. As far as I'm concerned, as in all my public sexual escapades, the mood to fuck hit me and a hot guy in a space I could release the tension, so I took advantage of the space and time. Whether or not people are there, or if they watch is not a necessity to make me do what I do. Therefore voyeurs are of no concern to me for the sex to be satisfying. 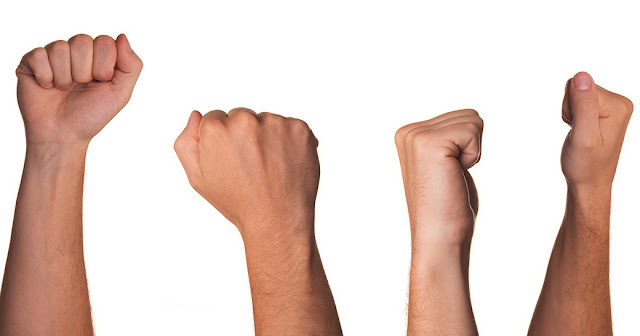 Posted by LeNair Xavier at 2:51 PM