This time, they listened.

And the day they put it on the store shelf, I immediately bought one. Now, I had to learn as to whether or not my suggestion was going to hit the spot....in more ways than one

I've said "Wireless Turbo Baller" a number of times in this review thus far. However, I have not mentioned the purpose of that name. It's because the button with the 2 F's are its turbo function. Making the toy do rapid 360º spins for 10 seconds. I personally found the sensation from that sudden and extreme change in speed to be quite exciting.

However you play with FemmeFunn's Wireless Turbo Baller, there is no need for concern about cleaning it after. For it is made of silicone, which is non-porous. Therefore, it won't hold bacteria. You can wash it with either a body-safe soap, or a toy cleaner. Be mindful though that you should not use silicone lube on a silicone toy. For the lube will break down the toy, thereby voiding your warranty. 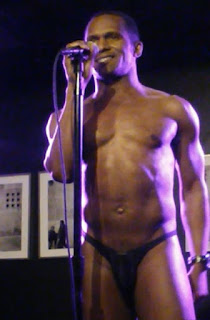 It's also good for play in the shower or bath because it is also 100% waterproof. And with its suction at the base, it can easily be stuck onto most smooth surfaces, like a room wall or bathroom tile.

If you didn't surmise it by now, the fact  that you can take this toy in the shower or bath might make you assume that it is void of a battery compartment. And you would be right. For the Wireless Turbo Baller is rechargeable.

Taking all of that into account, if this sex toy review was done via my Nude Dude Review, I would be stripped down to some skimpy underwear by the end of the video.

So in short, I highly recommend FemmeFunn's Wireless Turbo Baller. 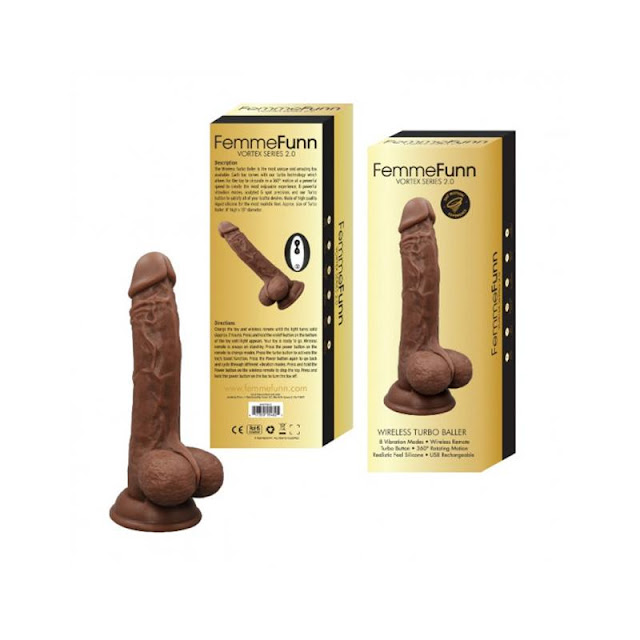 Posted by LeNair Xavier at 3:25 AM