Should You Blow into a Blowhole? 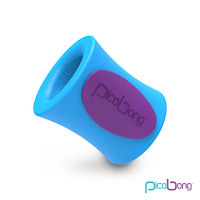 SENSATION - The soft interior with grooves makes the initial various vibrations of the Blowhole feel great. I must say "initial" because the Remoji app makes it a game in providing more settings. The more you use it, the more settings you will unlock.

SURPRISE - I've avoided the Fun Factory Cobra Libre because of it only stimulating the head of the penis. I never thought such stimulation would be enough. The Blowhole proved me wrong.


So with all that said, I definitely recommend the Blowhole. It's good enough that my normal routine when I want to jerk off is to pull out and dick, and get to stroking. The Blowhole has actually from time to time made me stop, and consider adding it to my self-pleasure play.