I have either been to, or plan to attend a variety of naked parties. Some have been cocktail parties. Others were game nights. Some are naked drink-n-draws. And there are even some naked movie nights that I've been told about.

Nudity is natural beauty of the human body. A natural beauty that can just be admired for ridding us of the pretentiousness clothes often bring to us. Or it can be a natural beauty that is considered sexy. Unfortunately, we Americans usually don't associate nudity with being calming or sexy. Instead, we are taught that with nudity... comes deplorable sex, and one cannot exist without the other. Hence why naked parties are seen as taboo here, while other parts of the globe are finding my need to write this post totally unnecessary. Well, let me tell you that is not at all the case.

A naked party might allow sex. However, that depends on the rules established by the host and/or the venue. And whatever their rules are, we must respect them. But sex does not have to be on the agenda when a naked party is being planned. The primary goal of a naked party is to give its guests a place to be free to show their true selves, because it's quite likely their time in clothes denies them of that so much.

Clothes are often a mask. An obstruction to seeing the natural beauty of the naked human form. I realize now why I have for a long time secretly hated the expression, "Clothes make the man". In fact, if you take a moment and think about it, most people who cherish that expression tend to be the most pretentious, shallow creatures you will ever know. For it speaks volumes of one's integrity when they feel of greater value by putting on the mask that is clothes, instead of being true to themselves and what their individual nature craves are. So speaking of cravings, let's explore what can happen when sex, or even simple courtship enters the mix at a naked party.

Brace yourself! For in your being naked, you might find yourself attracted to someone you wouldn't normally be attracted to if you were clothed. Don't fear this. Instead, go with it. For the absence of clothes has left you to focus on the most important parts of a person. Parts you can't see with the naked eye, but instead feel with your heart, mind, and soul... Their intellect and personality. So nudity gives you more of the person's inner-being to focus on. A gift only the deepest of us will cherish, and the shallow will fear and dismiss. 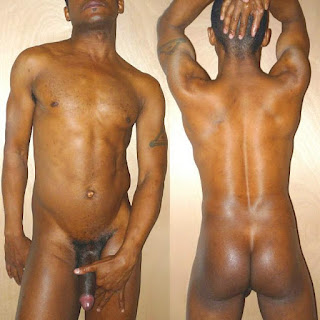 Now, of course we are talking mostly about parties where alcohol is in the mix. So depending on how you behave when alcohol hits your system, you will behave in 1 of 3 ways to an attraction. You'll either:
One added plus that I have come to notice at naked parties is that there is less unwanted touching at a naked party than at a bar/club's underwear party. Unwanted touching has happened to me at a bar's underwear party whether I'm wearing close to nothing, and so is the person trying to molest me, or by some clothed asshole who takes the rapist mindset of saying "since you're damn near naked, you asked for it." Proving my aforementioned point of how too many Americans treat nudity as being forever co-joined to sex. At naked parties however, I have yet to have this problem. For the nudity brings an ease to everyone to not be on edge. We can lower our guards and be more ourselves than when we dress up in uniforms, suits, and costumes to go to work, or even a clothed friend/family gathering.

And I believe such a freedom is what we were put on this earth to experience. That's why I proudly confess that I have been writing this entire post NAKED WITH NO SHAME. And I hope it inspires you to go to a safe space, or create one where you can do the same.

Posted by LeNair Xavier at 3:07 PM