I recently ventured to the sex party, CumUnion. I hadn't checked my clothes for 10 minutes before I found myself some action. That's not me bragging. It's just me stating my surprise at how fast it happened since I need to sense real chemistry before I allow something to happen for me. And I did. 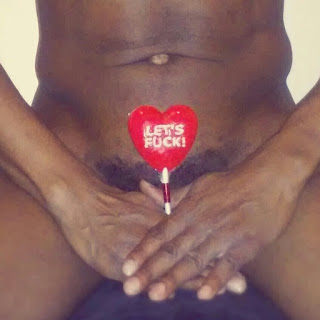 I was walking past this structure that guys fool around on. I saw a crowd surrounding someone. This bothered me as usual because my personal credo at sex parties is that (since I'm usually the party starter) should I see a couple of guys getting it on, and I decide to watch, I'll only watch for only a minute to get inspired, then leave to see who I can make my own fun with. So that was my plan, but it didn't turn out that way. 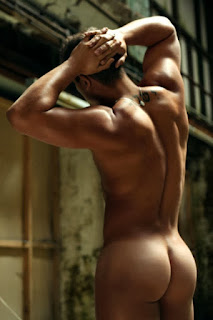 The group as it turns out were staring at a guy standing upright positioning himself to top a guy laying on the structure. The top appeared to be a light-complexioned Latino. At first, all I saw was the back of him. He was tall, slim, and 2 beautifully round and lightly tan-lined cakes for butt cheeks. He must have seen me out of the corner of his eye. For that was when he turned around, and kept following me with his eyes. I knew what might happen if I got any closer. So I reached into my sock where I was keeping my condoms and lubes, and dressed up my dick. Once I got closer, what I thought might happen happened.

He looked at me and while he was inside the White guy laying on the structure, he reached for me, and put me behind him. He was letting me in his ass. So I was right to prepare myself. I put my cock inside his hole, and it felt so good. I started thrusting into him, which made a fuck-train as my little self made his taller self thrust into the even taller White guy. The Latino's ass felt amazing around my cock. Meanwhile, the ass felt great in my hands while I massaged it. All that plus the sight of his soft ass cheeks doing a slight squishing as I thrusted into him made my dick stay hard.

He soon stopped trying to top the other guy. Instead, he laid next to him on the structure for someone to top him. One guy seemed to try, but nothing came of it. Then the Latino's eyes fell on me again. He was waiting for me. Once I entered him in this position, it was me and him. There were still a lot of guys around us, and we started out kind of putting on a show. Then something in his reaction to me changed, and I followed his lead.

He pulled me in close to him. Having me bend over to kiss him while I was thrusting into him. Quite difficult considering by me standing up only 5'6", him laying down while being at least 6' tall, and I'm already balancing myself on the balls of my feet. Still, in spite of the difficulty, we fucked like it was only us there. After awhile, the crowd annoyed me by not finding their own fun, and I left him to get some air.

We later ran into each other again. This time, it was more intense. We kissed. He put his arms around me. Tightly. The next thing I knew, I initially thought I was getting a kiss like those in romance novels that made the heroine feel like she was floating on air. I already knew he could kiss, but this was like,...DAMN! But then reality set in where I realized that kiss didn't give me a euphoria that made me feel like I was floating. Instead, this guy really lifted me up.

Once I realized this, I wrapped my legs around him, and he took me over to this exam table in the large playroom. He laid me down and got on top of me. He started lifting my legs, and I finished it. Because he was giving me what I wanted from the moment I laid eyes on him and saw those round mounds of an ass of his. A chance to bottom missionary. And after topping him earlier, I knew he liked his ass massaged during sex, so he wasn't going to mind me groping those butt cheeks as a reward for finally giving me his dick.

And the sexual chemistry was so great between us, that all he had to do was enter me for the sex to be great. No special moves. Just be inside me.

In the throes of this passion, I realized that he wasn't saying anything. During any tryst, he never said anything. He only moaned and groaned in pleasure. That's when it dawned on me that he might either be deaf, or a mute. And at a sex party of gay males, his great looks were his means to communicate. Only a few would have the depth to realize that he never spoke a word. It never stopped me from wanting him. This was just an observation I caught during the sex. So from there we proceeded.

As he laid on top of me, he was so tall that his chest was over my face. I was so into him that even to my surprise, I opened my mouth, and put it over his hairy chest. And while slowly closing my mouth, I licked his hairs. I liked it so much that I did it a few more other times while we laid there. And when his nipple was part of the chest inside my open mouth, I would lick and flick his nipple with my tongue while closing my mouth, and ending my mouth closure with a suck on his nipple. From this, he would groan and hug me closer to him again. It was a sexual chemistry where we both knew we were not making love. We were fucking. But we held each other like we were one another's salvation.

Sight of this chemistry once again brought on-lookers and guys wanting in on the action. But this time, besides feeling helpless being pinned under him (which as you can see I made the most of), I kind of enjoyed the added horniness.

Even with whoever joined us, however they joined us, he did as I said before. He held on to no other playmate of his like he held on to me. Knowing this made me feel dirty if I had held someone else that way. Luckily, no one else there that night lit that kind of sexual fire in me. So I got away with that guilt not being put to the test.

At one point, I got tired of the show and the crowd, and did as I had done a few times before. I left to follow my long standing rule of going to the bathroom to wash off after every play session, While the chemistry made this rule seem for naught, the reality was that he was still a stranger. A stranger I had such great chemistry with that I got so lost in the making out that while I stuck to the washing off rule of mine, I forgot to ask him his name. This is always my way to make sure he's treated as more than just a hole to put my cock in, or a stick to put in my ass or mouth.

Even though he slipped away before I could finally try to get his name, I surprisingly didn't feel bad about not getting it. For I had the  memory of his reaction to me. A reaction that showed me that I gave him something he wanted. Something I think every man wants, but refuses to admit to, because we're taught to not want it, especially in a sex party or hook-up situation. That something was in my energy....Letting him know that he was more than just a fuck.

What is it about this guy's soul that made him the exception?
Posted by LeNair Xavier at 12:42 AM