The other day, I posted on Facebook about an incident that occurred the night before at The Cock's underwear party, Playpen, in which a guy from my past invaded my personal space. As I was writing about that incident, I realized that while being angry about someone invading your personal space is a natural and justified response, I saw myself get on the verge of violence. And it's not the 1st time that violent urge has occurred as an instantaneous response. Luckily for me, having outlets like my drawing and writing have been my therapy to hold the monster back.

As gay males, we are led by many to allow any- and everybody to touch us. It started from the high number of gay youths who had to turn to prostitution after being thrown out of their homes by hypocritical Jesus freak parents/guardians. So it was a means of survival. For them. The problem now is that the chain of abuse has been put in play. For older gay males are prostitutes' primary clientele. So they teach the newly out gays that letting yourself be touched, no matter how disgusted you are by the person is how you survive. It's how you get ahead.

This is especially true in gay nightlife. Even more so if they're willing to tip. You are to let it be a stroke to your ego, because such appreciation for your beauty won't last forever. Well, I'm 45 and patrons still try stroking my ego - so so much for that theory. 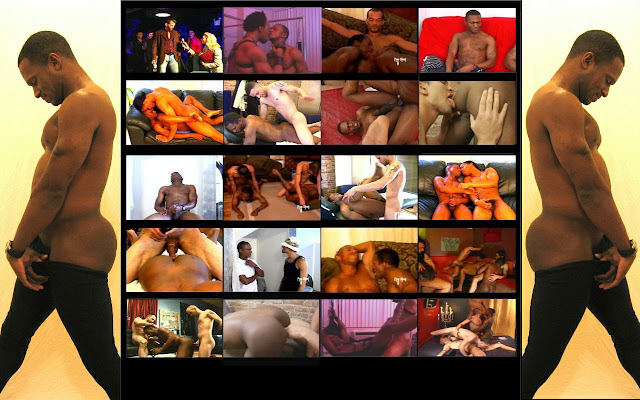 Now, with me no longer needing to sell that image, my body is 100% MINE. I can be out and about in my undies or naked at an underwear or nude party, and feel no obligation to be touched if I don't want to. And my being in my underwear or naked entitles no one to put their hands on my body without an invitation from me via eye contact or verbal means.

I've long realized that the porn industry as a whole gives a false sense to performers that they own their own bodies. Unfortunately, the fact is it's the studio you're an exclusive for that owns your body. If you're not a studio exclusive, like I never was, then that ownership of your body is being passed along like a baton in a relay race. So regardless as to whether you are a studio exclusive or not, your body is never yours. And it will never be yours again until you leave the industry. This realization is what gave birth to my poem, "Boss of My Body".


This aftermath of being in porn further proves why I'm right to advise guys to not get in it. It's an ongoing process of no longer living that life. Maybe I would have less of these conflicts with guys invading my personal space if I wasn't an exhibitionist. However, that doesn't diminish the fact that I have a right to be an exhibitionist in an allowing space. It doesn't diminish the fact that "No" means NO the 1st time. Nor does it exonerate the guys who invade my personal space from deserving shame for their blatant social ineptitude that makes them disregard my saying "NO".

Violence as punishment is something I hope to continue to avoid. I have used various art forms as therapy to avoid it thus far, and I plan on continuing to do so.

For some, these questions have already been answered. For others, all we can do is wait, and hope for the best. Unfortunately, as long as the industry continues to endorse prostitutes and gay-for-pay bitches in denial before exhibitionists, it's sad to say that we must expect the worst, while hoping for the best.
Posted by LeNair Xavier at 10:01 AM