The Pied Piper of Sex

A few months ago, a friend told me that my posts on my blogs, Facebook, and Twitter make me like "a pied piper of positive sexual energy".

However, one must wonder...how does one accomplish such a feat with a backstory path such as mine?

Few can go through such extremes, and show reasons that are logical.

Well, it's my pleasure to announce that I'll have about 12 minutes to show those reasons for such extremes at an event called Queer Arts Organic. An event in  which I have been invited to be one of the 4 performers on that night, with my presentation titled
"The Pied Piper of Sex".

That night being February 10th, coincidentally is a date that plays a part in my story. So I'll be celebrating an anniversary that night. With that in mind, if you're in NYC, I hope you'll come to Dixon Place that night and celebrate with me. Your presence is the only gift I ask. I hope it's an easy gift to give. For the cost of admission is FREE. 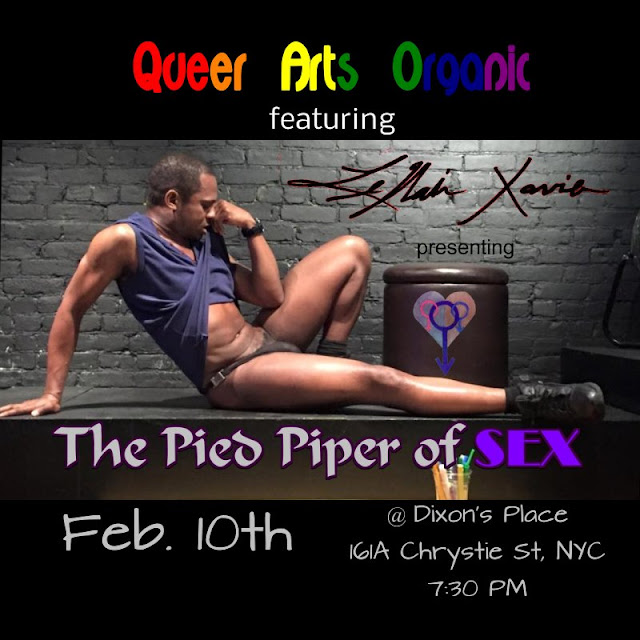 Originally, I planned on writing my autobiography as a book. Recently however, I have been considering writing and performing it as a one-man show. So I am taking this invitation from curator Aimee Herman to be a part of Queer Arts Organic as a way to give my one-man show idea a test run. So goes another reason I hope for you to attend.