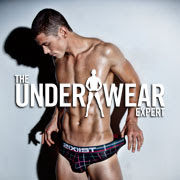 In response to my post, "Black Guys Wear Underwear, Too", I had an ongoing communication with Danny Schmittler﻿ of The Underwear Expert﻿. He said he understood my frustration and he was going to write an article addressing the issue to post on The Underwear Expert. This promise in the following email was made back in December after I wrote my post. So imagine my frustration of getting delay after delay when I would write emails to check in on the progress of the investigative piece promised in this email:

Finally, on the morning of July 8th, I got this email from Danny: 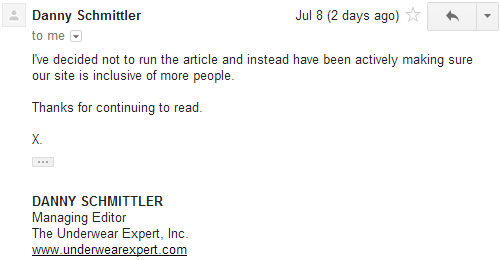 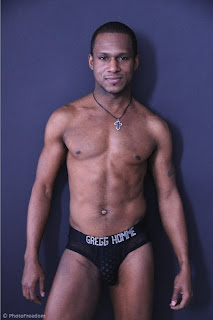 2) He can feature all of the sporadic males of darker complexion all he wants. The problem is with the underwear companies actually using them as their main spokesmodel, which they repeatedly do not. So how can you be "actively making sure" your "site is inclusive of more people"? Oh yes, that he is doing. It is inclusive of more people....More light and White people. I'm a writer. And as a damn good one, I'm word-specific. So did he really think his phrase of "more people" was going to make me miss the absence of phrases like "more diversity in the colors of" "more diverse models", "more ethnically diverse models", or "more color diverse models"? Lastly;
3) I've been combatting the issue of racism in media so long since my porn days that I know every stall tactic in the book. So I saw this bullshit coming. I was just hoping to be proven wrong for once. Hence...

Now, if I have saved all of the emails that started and ended my correspondence with Danny Schmittler, then there should be no doubt that I have saved every single one in between. Including ones of his reasons for delays. Such as his claims of having a draft in his inbox, but he wants to fine tune it. Or his last delay before this final email where he says he needs an extension because he is going on vacation.

This started 7 MONTHS ago. He's putting together bullshit easy posts to show off mainly White boys (and some light-complexioned Latinos) in their underwear. Danny Schmittler is not putting together some underwear-version of The Huffington Post. Maybe if he was, and this promsied article would have been a start, then I could better deal with the delays. But as I see till this day, he (like many) are catering to the same shallowness, narrow-minded concept of beauty that caused me to write "Black Guys Wear Underwear, Too" in the first place.

So to all of you who look at "The Underwear Expert" and follow his site, and think he's so great, THINK AGAIN!!!

And based on all of this evidence, the only things that would dare to disagree, or say I am overreacting, are things are that also racism-catering Whites, and sell-out people of color. Both of which are just as bad as an actual racist. For even displaying it in something so seemingly trivial as underwear, every action of yours fuels a much bigger problem. That includes the bottom line of all of this, which is a promise was broken.

So with all of that in mind, where is the spiritual worth of such an existence? For money can't buy everything.
Posted by LeNair Xavier at 9:37 AM