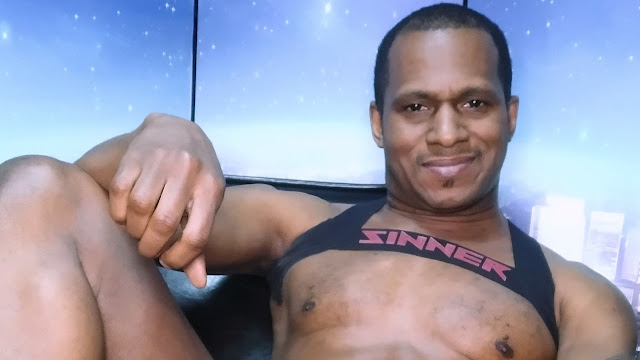 And I had the opportunity when I took advantage of CumUnion's return to Paddles NYC.

Paddles NYC had closed for a bit as the Omicron variant of COVID surged in NYC. So during that time, CumUnion was being held at Rainbow Playground in Queens. I never attended because the nights it was happening was a night I had to be at work, and by the time I got off work, there would probably only be an hour left to the party, if that. So CumUnion's return to a day I'm off work and a closer venue was most welcome.

As I wandered to take in the energy of the room, I saw this cute Latino in a jockstrap. He was short and slim. Shorter than my 5'6" self and slim enough to some to be considered a twink. I saw him and numerous guys approach him to be their top. One such scenario had at least 5 guys who looked my age and older surrounding him. It was real creepy and predatory to me. It was a scene I couldn't watch. I know one of the guys swooped in like a vulture to rim him, but if any of those guys actually led to full-on sex, I have no idea.

As I said before, I thought he was cute. However, as I said often of myself even in a tweet, I am an exhibitionist but quite shy socially. So if anything was going to happen, he would likely have to make the first move. Even more so seeing that he was approached so often that I automatically wanted to give him space to collect himself. That also gave me time to get up the nerve to where I might actually make the first move.

Well, after I last saw him, he came over to the dark backroom. I was standing in front a medical table straight to the back. That made him enter on my left. He then crossed pass me and stopped a few feet to my right. It was so dark where he was standing that while I thought he was looking at me, I wasn't sure. Wherever he was looking, he was stroking himself in his jockstrap. Seeing that made me stroke myself. Still seeming to look at me, he started to step back. Just in case that was for me, I started to up my game in showing interest by no longer looking away. However, I didn't move. I realized I was his point of interest when he stopped moving back then came forward. He came forward to where there was enough light to see there was no doubt he was looking at me and I at him. Then I started to slowly step towards him. That little step from me made him go full on towards me. We started stroking each other. He started at my chest and I at his. Then to my surprise, his strokes quickly went down to my ass.

Considering how he was pursued as a bottom so often earlier this was a shock. After so many guys wanting me to top, I've been lately getting approached to be a bottom, which as I stated in my Audio Fuck Profile, I more so prefer in my versatility. So he was quite welcome if that was where he was going. I love playing with a hot guy's cock big or small, soft or hard. So I enjoyed playing with his which was semi-erect when he started touching my ass, but got rock hard the more I stroked him.

He took me over to the side of the room. Wanting me to kneel on the bench so he could rim me. I loved his tongue. It made me super hungry for his cock. Even though I had no idea if actually fucking my ass was in his plans. Then it became official. He tried entering me. That's when I went for the lube in my sock. Putting some on my hole and some on his dick.

As he entered me, the connection between us made my hole do just as a past playmate said, "opens all hungry, then grabs like a vice". Because I wanted his cock so bad. So once inside me, that grip was my body's way of saying "Thank you".

Even though I outdid him in height and weight, his essence made his pounding feel taller and heavier. Exemplifying my poem "My Submission Has The Floor". Because his leans on my back as he thrusted in and out felt like they were covering me even though I know they didn't.

With that said, one of the things my subconscious took in while bottoming for that sexy Latino was that guys were gathering around to watch. Why is this surprising? Because the gay community has come to only see that the only time a Black man like myself is worth watching have sex is when he is topping a non-Black person. Not bottoming. In fact, my 1st TikTok video was me complaining about how at another sex party, the room full of mostly white males ignored me being topped by an Asian male. But they started forming a football huddle around him when he topped a Latino, and around me when I topped a light-skinned Latino.

So this crowd forming gave me the impression that something might be changing for the better. Better as to how the role gay black males play with non-blacks not being as limited. Perhaps we are starting to be seen as having sex appeal as a bottom, as we have as a top. But that is just one place. It will take the exploration of others to know for sure.

Besides the older guys swarming my playmate and an instance while topping my playmate of a guy's interrupting hands inspiring a tweet, my return to CumUnion at Paddles NYC was quite satisfying. Because like the age-old saying goes...it's not about quantity, but quality. And that includes playmates at a sex party.