The Just and UNjust Judgement of Breedlacumhole 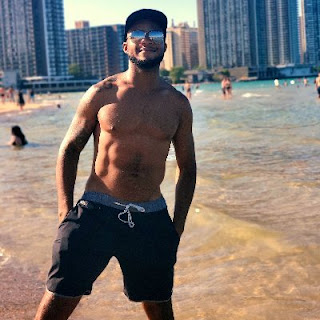 Well, then I guess Ali Adams will be quite intrigued by what I have to say.

Let  me start with addressing as to why is Ali's claim trending. I personally think it is the stereotypical gay racist double standard. For years, we have seen videos on Twitter and before that blogs dedicated solely to gay males proclaiming how many loads they have taken. They were posted for them to be seen as gay sexual superheroes. However, all the pics and videos showed that those guys were all white.

The FACT is such sexual behavior should be marred with shame no matter what your skin color is. Be your skin the palest of white to the darkest of black. Because while it is a fun fantasy, it is actually indicative of an ugly reality for the individual. The ugly reality of the all-too-common routine of gay males validating themselves by how many sex partners they have. Add social media to the mix, and you have a barrage of ratchet guys enabling his self-destructive sexual escapades. Case in point, he has a CashApp and Venmo names on his Twitter so he can collect money to fund these escapades.

I have said for years now that sex, even in  backroom tryst is not just a physical connection, but also a spiritual one. The problem is that most gay males ignore the spiritual part. Then you take people like Ali Adams who become big number cumdumps because when the absence of the spiritual connection hits, it is like a drug addict or alcoholic. The moment they stop, they are faced with the void they created by practicing this porn-endorsed M.O. in their lives. And the male ego making them want to compete. Setting out to do even more than the pornstar who obviously has his own issues. Leading them to "need" the next fuck to repress facing the issues that led them all there.

My assessment is by no means a stance of hypocrisy. For I myself often have had such a fantasy. In fact, during my Tub Talk with Damon Jacobs, I mentioned how for my 50th birthday, I wanted to be a gangbang bottom for 50 guys. But as I told Damon, I don't know 50 guys that I want to bottom for. I think no one does. Perhaps rallying up some past playmates over the years it would total 50, but not in an immediate posting. In the end however, I was quite content with the one guy who stopped by my hotel room. Why? Because he was someone I knew. We are not lovers, but our sex in that room was both a physical and spiritual connection. So afterwards, I laid there saying "Happy Birthday to me!"

My point is that Ali Adams is not a unique individual by any means. With that lack of uniqueness making it more sad because it is a gay male community-wide problem. My other point is that the shame put upon him for his sexual behavior should not be as racially motivated as it is.

I just hope that he realizes that it is okay to be sexual. It is awesome to be sexually liberated. But there is a point where what one might proclaim to be sexual liberation is in fact a cry for help. And he and the too many like him have went beyond that point.