No Pull-Outs, No Push-Outs

Funny how this poem all started because after writing the article for Thotyssey about how guys pulling out when they ejaculate takes away from the sex, I couldn't get the thought out of my head of trying to write a poem to make pulling out less appealing. In the process of writing it, coming across a bunch of videos showing push-outs also made me need to address that in the poem as well.

I wanted to be stern about my position on both, yet continue my poetry mission of making dirty talk free of shame, and sexier as it aided in one being honest about their feelings on pulling out and pushing out.

There was no way to make that sexy.

For I want this poem to inspire a fuck session in which right after reading, a couple fucks. As the top pounds away at his bottom or the bottom rides the top, they emphatically agree that the top is going to shoot his raw load in the bottom's ass, and the bottom is going to let time (not his mind) be what tells his body to le the load go.

With that said, I hope this poem has either done so for you already, or it will in due time. 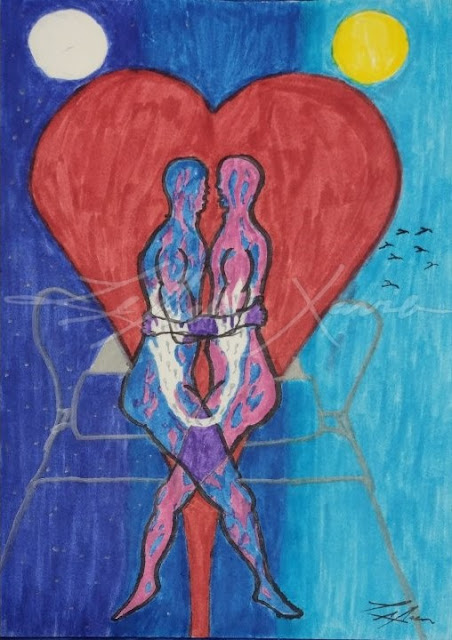 It appears Kiiroo has made another great joint venture with their interactive technology by pairing with Hot Octopuss to give us the male interactive toy, Pulse Solo Interactive.

The Pulse by Hot Octopuss has been around for a few years now. I have never owned one, so Kiiroo sending me this new product popped my Pulse cherry. Not my Hot Octopuss cherry because if you've followed me long enough, I did a Nude Dude Review featuring Hot Octopuss' Atom/Plus and made a video with their Amo. With that said, I know Hot Octopuss makes good products. I just never experienced their PulsePlate™ feature for the penis before.

Let's start with just the PulsePlate™. That was awesome. I greatly enjoyed going through the 6 vibration patterns. Sometimes stroking so the PulsePlate™ vibrates along the shaft as well as the frenulum (under-head of the penis). Others times I held it still to let it solely hit the frenulum, which could at times bring me near climax like the classic Magic Wand can against that area. Yes, the vibration hits that strongly. And the reason that plate hits just as great as a Magic Wand (which is much larger) is because the plate is just the right size to let the Pulse Solo Interactive actually cup the frenulum. Much like one's tongue does the penis when giving great oral sex. It's the same trick, but with electronically-created vibration.

The videos on my list at FeelXVideos.com that worked with the Pulse Solo Interactive had vibration that pulled me in so much that I almost orgasmed before getting to the end of a scene. In fact, there's only 1 movie so far that I have sat through, and there is video evidence of that test.

I used it in all ways promoted in the press release. Again, not stroking with it, but also holding it in place, and not moving. Just letting the PulsePlate™'s taps on my frenulum be in sync with the video and letting that get me to orgasm. It had such moments of intensity that I had times in which I had to pull out of the Pulse Solo Interactive because I wanted to be orgasm with end of the scene.

I also saw it interact with my strokers Kiiroo's Onyx+ and Titan. Stroking the sensors on these 2 toys reacted well with the Pulse Solo Interactive. With that being the case, I think it's safe to conclude that it would do the same with the sensors in other Kiiroo-powered toys like the Pearl.

The Pulse Interactive is waterproof. So your Guybrator fun can also be had in the shower.

It comes with a USB charging cord and can be charged via any USB port. Once plugged in, it takes about 3 hours to fully charge and works for about 1 hour after.
The body-touching part of it are made of silicone, while the rest is made of ABS plastic. Since silicone is non-porous and won't hold bacteria, you can easily clean it with any body-safe soap or toy cleaner with no worries after.
Its compact size and accompanying pouch makes it easy to travel with. So while on the road, you can enjoy either its 6 vibration patterns, or (via the FeelConnect app) interact with 2D and VR videos and/or a partner with a matching toy.

All of these features work so well that I highly recommend Hot Octopuss' Pulse Interactive powered by Kiiroo.