I recently went to a nude party. Afterwards, 4 of us got together, and had our own private fuckfest.

At one point, one of the guys was sitting down, while the other 2 were fucking in a chair. When they stopped, I was still sucking the guy. I then felt someone coming up behind me. Eating my ass out ferociously. I couldn't tell which one of the 2 other guys it was because the room was dark and I was so into sucking that playmate's cock that I refused to look up. 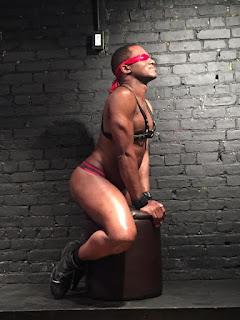 At this point, all of the rimmer's spit and my desire to bottom was all the lube I needed. I knew once a dick got the slightest bit inside me, my hole would be like a defanged boa constrictor taking in another snake whole.

Eventually, I learned which guy it was. I remember seeing his hard cock earlier at the party. It was as long and shaped very much like the Uncut #1 from Tantus that I rode with ease in my XTube video "Poppers! We Don't Need No Stinkin' Poppers!" He teased my hole a number of time. Making each grip my hole tried to do on his dick be like an animal escaping a boa constrictor's grasp. Which of course would be the case, because like I said, my hole was like a DE-fanged boa constrictor. 3 of us at first making out.

When he started to dig his dick in and stay in to pound me, he did exactly that... POUNDED ME.

Just thinking out loud, I said that I had come. So he stopped. He didn't have to. For even though I ejaculated, I was still hungry for using my ass to help get off my top and any other guy in the room that wanted to cum by having me as his bottom. Luckily, his stopping was short-lived, and he pounded my ass some more. He liked it so much that at one point he said he needed a break, and then within 2 minutes at the most, he came over to me, put me in front of him, and put his dick back in me so we could fuck some more. This time, standing up.

If you notice, I did not mention anyone's ethnicity. The reason why is because in regards to the couple, I don't know exactly. All I can say is that, neither of them were black. However, the other guy who was bottoming with the boyfriend of my fuckmate was also black. So without even trying, the other black guy and myself disputed the gay porn industry's narrow-minded lie that says black guys only bottom for other blacks. Even better was the sex was not derogatory in any way. Our being black was not highlight in words or action. Having both of us needing to go home doing kegels. 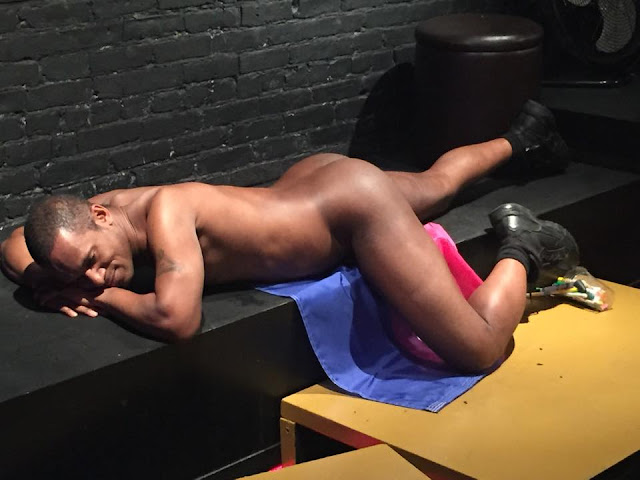 So I leave you with this new credo from me about where to put your mind during sex...

Fuck the rest of the world and its bigotry in bad way of the expression, so you can fuck your partner in the best way.
Posted by LeNair Xavier at 12:06 AM