Honored Invitation, ...Then THEY Killed The Honor

An invitation to be interviewed is an honor. That's how I've always looked at it. For it says someone has acknowledged your contribution to an art form, society, etc. and that someone, the interviewer, thinks enough of you that the world should know, then want more details about your individual process as to what makes you you.

When you are not the sole interviewee, while not as much info about you will be given, it is still just as great an honor to be asked. But what happens when each and every one of the others interviewed have done things to counter the progress you have demanded, and in some instances incited? It lessens the feeling of honor. And that troubles me. 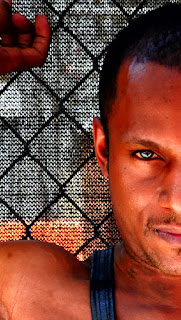 In an email, I told of my being displeased with the article. As well as told each person's history with hopes to enlighten the author, and why that history kills the honor of being interviewed for me. It reads as follows:

I've read the article, and to be honest if I knew that my statement was going to be proceeded and overshadowed by such a massive percentage of hypocrisy, two-facedness, and enabling of ignorance via statements from the likes of Chi Chi LaRue, mr. Pam, Steve Cruz, Conner Habib, Diesel Washington, and Zachary Sire, I probably would have never agreed to do it. And if you don't know their history, or are not seeing the big picture, I will explain why. And be forewarned that at times, I do use strong language to stress my point.

And Zachary Sire?! He was editor of The Sword enabling this racism to get to this point insulting me and others for taking a stand against it. So is this a change of heart, or a move to rattle people's cage, with no genuine concern for the issue of racism in the industry? After my years of dealing with him, I suspect the latter.

Diesel Washington?! The sellout who at one-time was on the same page as me in addressing this issue, but later back-pedaled because it stopped him from getting work. So he tried to make me do the same. Meanwhile, the image he presents is no different than the one Chi Chi LaRue presents of Blacks. Playing that overcompensating sexual aggressive image I have come to call the "gorilla nigger". An image every studio that hires him has him play, because he does so in real life.

And a final note...I do not define as "African-American". Nor do my Black friends, or many of the other Black people I speak to on the matter of how they define their ethnicity. "African-American" is a term used primarily in media that seems out of touch with the fact that your typical Black American does not define by that term. I define as "Black". Thank you.

I do appreciate being interviewed, but you highlighted the worst people possible. You highlighted creature whose existence give no solution to the problem. In fact, they only exasperate it.
Posted by LeNair Xavier at 8:30 AM